Laptop sales are on a downward spiral of decline, following a rise in popularity of the tablet PC. This trend looks set to sharpen and continue throughout 2012 with the Apple iPad, BlackBerry PlayBook, and Samsung Galaxy Nexus dominating a market once ruled by laptops. So how significant is the increase of tablets at the expense of laptops? And why are so many people choosing the former over the latter? 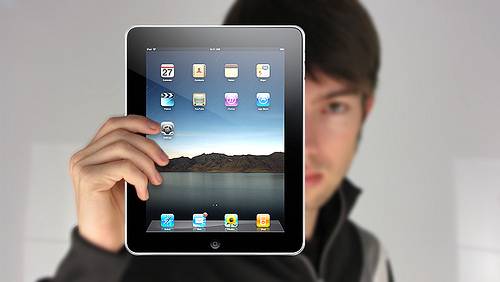 According to recent findings by polling firm YouGov, 7% of iPad owners bought theirs as a replacement for laptops, rising to 11% with Galaxy owners. All in all, a noteworthy 16% of those intending to buy tablets were planning on doing so at the expense of laptops. Another telling statistic is that without the iPad, Apple wouldn’t even break into the top five of global PC manufacturers. Here, we look at the features of tablet computers that make them more attractive than their laptop counterparts.

Users can carry their device with them anywhere they go. While tablets are bigger than smartphones, they are a lot lighter and take up much less space than most small laptops, making them particularly useful for those who are always on the road.  It does not matter why you are travelling; most operational systems nowadays are a lot more stable and reliable, which means you can use your device for either business or entertainment.

There is always something new available. Tablet PCs allow users the great advantage of customization and personalization. All the main operational systems have a huge number of apps, widgets and software that can transform your device and enable it to do whatever you like – from currency exchange calculators to news reading applications and social media, such as Foursquare or Facebook download.

Of course tablets are not the ideal devices for typing up long text documents; however, they provide the perfect on-the-go device for education or business, allowing you to read documents, make small edits and send emails, not mentioning the huge range of productivity apps that have been produced, from budgeting to calendars and conference calling.

A powerful battery life is without a doubt one of the main advantages of tablet devices. The battery of a laptop typically lasts from three to four hours when not plugged to a power source, while a tablet can easily work for up to 10 hours. New tablet releases constantly improve on battery life.

Considering the portability and connectivity these gadgets allow, their huge success is no surprise. With such an extensive range of services and support available for tablet users, it is fairly simple to take advantage of all the functions these devices have to offer. Why not check out an iPad, Nexus or Playbook review to find out more?