The Asus Memo Pad 8 ME181CX tablet has been creating quite a flutter in the market and is expected to be a big global hit in line with Asus pioneering product philosophies and design principles. The Memo Pad HD 7 was an impressive offering from the house of this noted electronics giant. The Memo Pad 8 is not that different in this case. Both tablets make use of a powerful Intel Atom z3745 processor and come with a whopping 16 GB of internal storage. The 1280 x 800 pixel displays of both are unchanged as well. What is really different among the twain? The answer lies in the sheer size of these two behemoths. The Memo Pad 8 comes with an 8 inch display which is really attractive to say the least. 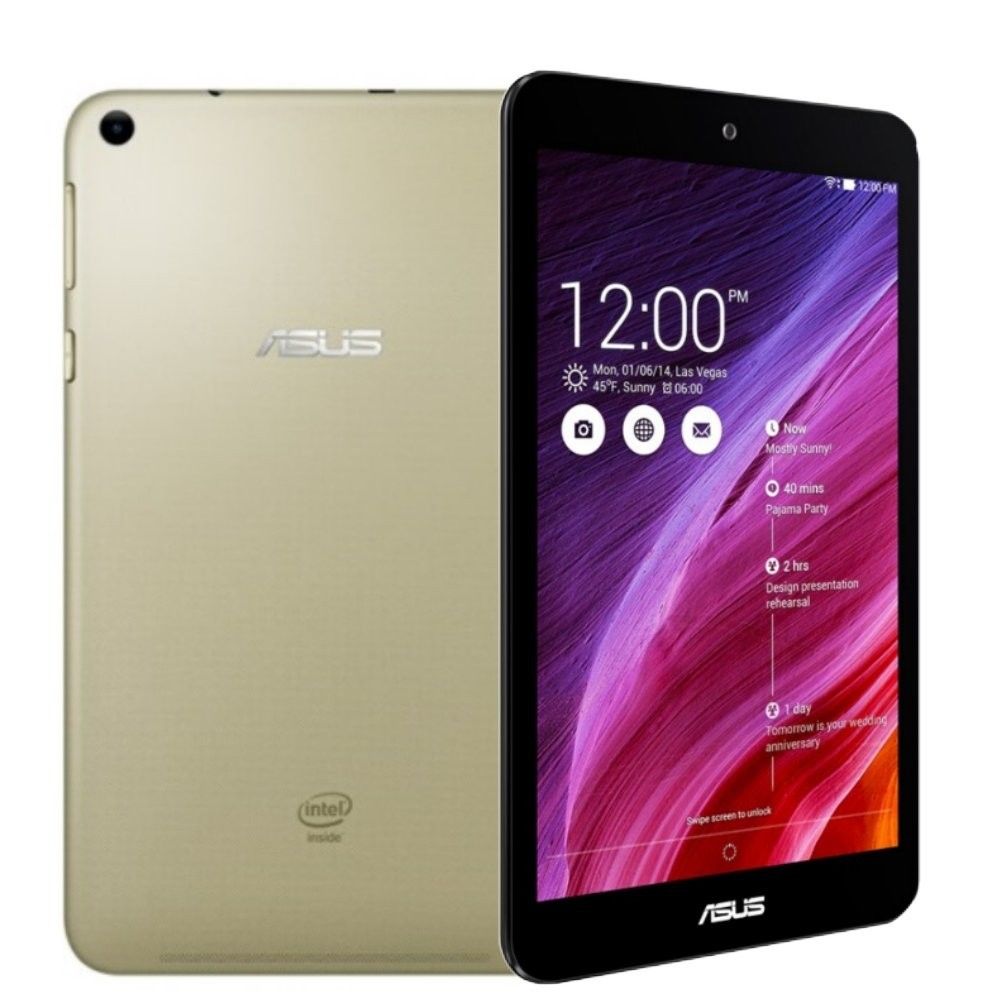 There is subtle software and tech changes made to the device which go naturally with the new found Pro Sieben Entertainment Pad designation. There are multiple applications that come preloaded on the device and it is one of the best equipped in its category according to experts in the global market. There are several competitors in this segment including the Toshiba Encore 2, Huawei Media Pad, Lenovo a8, LG G Pad and others. These are priced in the same bracket almost and even the Google Nexus 7 may stand as potential rival although it is not as big in size. Does this tablet stand up to the competition? Read on to find out more!

There are four unique colors for this tablet and the plastic body does feel quite okay. The rounded corners of the case represent a tiny change as compared to the earlier Memo Pad HD 7. The camera does not protrude unduly while the speaker area has been kept more classy and comfortable. This will be one tablet that can be held very comfortably and looks unlikely to slip all that often. The design aspects have been carefully tailored for mainstream tastes and the surrounding silver stripe is a masterstroke as far as boosting appearance is concerned. The Memo Pad 8 does not feel really heavy or uncomfortable to use and this is where Asus may well have a winner on its hands.

When it comes to connectivity, the Asus Memo Pad 8 ME181CX comes with a micro USB 2.0 port and another jack for stereo output which is used for external audio and headphones alike. The port is kept at the top of the device which does nothing to hinder seamless handling though. The microSD card slot can take cards up to 64 GB which is decent enough. However, transferring applications from internal memory to external cards is something of a hindrance though. Connections can be created courtesy WLAN and an LTE variant should be unveiled soon by Asus as well.

The device makes use of the Android 4.4 OS while the Zen UI from the manufacturer is also made use of in this case. The lock screen looks slightly different with its bevy of information relating to appointments and other social media news. There are quick access buttons present here for your vital applications and other useful additions include the party link which gathers all photographs from multiple smartphones with regard to parties by a group. The notepad is also a handy option on the device.

There are multiple Pro Sieben services including the television stations, media library, streaming services and games and shopping offers among other offerings. With regard to GPS and overall communication abilities, the Memo Pad 8 comes equipped with extremely capable WLAN in addition to Bluetooth 4.0. Yet, the absence of NFC can be a potential sore point for some customers. While signal quality is decent enough, websites often suffer from long loading times. The GPS module will never be able to pinpoint exact locations while indoors owing to weak signals. In addition, it takes loads of time to actually garner sufficient satellites for displaying location and this cannot really be considered accurate enough. The device does not come with a powerful camera though. You can only have limited options with the 2 megapixel sensor at the rear while the 0.3 megapixel front camera does not have much to showcase for its abilities. This is not unnatural but when it comes to beating the competition, lower resolution may well be Asus’ Achilles heel in the market.

Camera pictures are not as bright and attractive as one would expect them to be in reality. Artificial picture impressions only add to your woes in addition to poor low light images. Color noise ends up dominating the proceedings in most cases and the absence of a flash is really restricting as well. While you can take selfies for sharing on your social media accounts, the cameras do not give you much satisfaction with regard to image quality and resolution. You will get a power adaptor and cable for USB along with the device and can also get hold of smart covers that double up as stands too!

There is a yearly warranty which is good enough and you can even purchase extra time with the manufacturer. The custom Asus keyboard is really helpful and the layout has been kept simple for maximum productivity. The word predictions, being automatic, can be a little problem but turning them off is an option. The touch screen is nicely responsive and gliding capabilities are top notch. Multi touch gestures are easily recognized by the panel and this is another small plus point of this device.

The Asus Memo Pad 8 ME181CX will not disappoint you with its cutting edge display. The HD panel is top notch and brightness stats are far better than other rivals in this segment. The absence of higher resolution is sometimes felt but performance is decent overall. All in all, the Memo Pad 8 promises to be a good proposition in spite of its drawbacks. Being one of the best devices in its class, it should be a gadget worth having!