We learned a while ago that due to Microsoft’s fiscal year ending in June, we know we’ll be seeing the next round of Surface tablets by then. No other details have yet been released in an official sense, but with the number of leaks and rumors doing the rounds right now we’ve been able to pull together a pretty conclusive picture of what to expect. 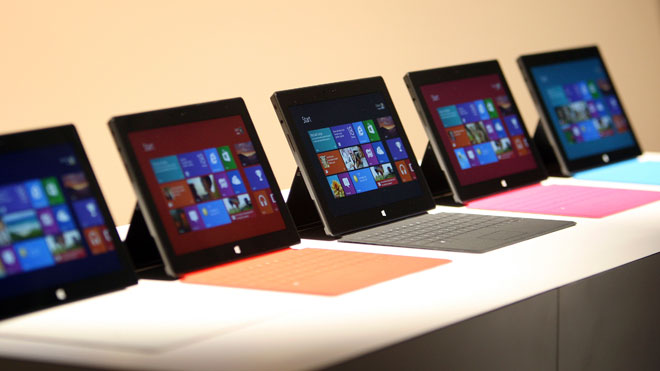 And this time around, there’s plenty to be excited about!

The big daddy of the tablet market for next year could prove to be the Surface Pro 2, which according to those well-rooted in the industry will be powered by an Intel Haswell processor. Cast you mind back to Surface Pro round one and you’ll remember that two of the biggest complaints that stood in its way were lack of battery life and an OTT price. This time around, the Haswell chip could see battery life extended to at least seven hours and the starting price will come down to around the $749 mark.

Should this prove to be the case, the Surface Pro 2 will have ironed out the creases from the first-generation model and will hopefully fare much better in a sales sense.

That’s not a misprint – the next Surface RT tablet from Microsoft will apparently be called the Surface 2, shedding the RT moniker. The reason for this is thought to be – hopefully – Microsoft’s decision to get rid of Windows RT from the equation altogether, which never caught on with consumers and was one on the things that factored into the downfall of the Surface RT.

So with a Windows 8.1 OS as standard, a Tegra 4 CPU from Nvidia at its heart and a price starting from $399 this time, we’ll hopefully be looking at a lower-end Surface Tablet that’s everything the first iteration wasn’t.

Microsoft is yet to confirm any official details on the pair, though rumour has it an announcement will be made in January. And with the firm having recently taken over the handset arm of Nokia, there could also be a Surface Smartphone on the horizon for 2014.

Lisa Morton is a content writer and a regular contributor on eSoftload. She loves to write about technology and smartphones.