A lot has changed since the day you and I realized change is something that happens on a regular basis. And whether we like it or not, change, or innovation, if you will, is here to stay. One of the many transformations brought about by the Internet era is the emergence of social networking sites. Social networking, depending on who you’re asking, can be a dream come true or a nightmare in disguise. 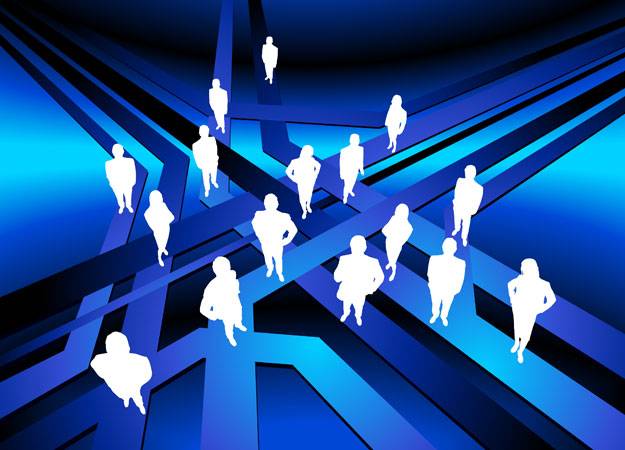 In the branding arena, social networking has changed the way brands are promoted and marketed forever. Juggernaut sites are lording it over the social networking universe in terms of users and following, that brand promoters are compelled to  create fan pages to stay connected with their customers, attract more consumers, introduce promos and new products and obtain pertinent feedback to help better their brand. Indeed, social networking is one way to go if an entity is serious about promoting and differentiating its business.

1. Facebook – Founded by Mark Zuckerberg and his college friends, Facebook was initially limited to Harvard students, which gradually expanded to include nearby schools and universities. Today, Facebook is recognized as one of the most visited pages in the world.

2. Twitter – With more than 140 million active users to date, Twitter is a microblogging platform where users send and receive posts of up to 140 characters, otherwise known as “tweets.” Established by Jack Dorsey in 2006, Twitter is reported to generate and handle about 340 million tweets and 1.6 billion search queries daily.

3. Google+ – Launched in June 2011, Google+ is Google Inc.’s fourth attempt to conquer the social networking world after Google Buzz, Google Friend Connect and orkut. An independent analysis done in December 2011 estimated that Google+ may reach a total of 400 million users by the end of 2012.

4. LinkedIn – Founded in 2002 and launched in 2003, LinkedIn is a networking site mainly used by professionals. In February 2012, it was reported to have more than 150 million registered users in over 200 countries.

5. Pinterest – Dubbed “the fastest growing networking site,” Pinterest aims to connect people through things that interest them. Founded by Ben Silbermann, the site is funded by a small group of entrepreneurs.

While it may sound like the best thing since instant noodles to many, social networking has its laundry list of downsides. Topping the list is the seeming lack of user privacy and barrage of too much information.

Crowdsourcing, on the other hand, is the process of outsourcing a task to a diverse group of people, also known as remote workers. Over the last couple of years, crowdsourcing sites, too, have dominated the online realm, and just like networking sites, they are most likely to stay for the long haul. They provide business owners and employers with an easy, convenient, and oftentimes, cost-effective means of getting a specific job done. Likewise, contractors benefit from the ease and convenience of finding a job even within the confines of their own homes.

1. oDesk – Established in 2003 by two Greek entrepreneurs, oDesk is an online employment platform where employers find contractors willing to perform tasks for them. oDesk earns 10% of fees paid to workers and, unlike other platforms of the same nature, doesn’t charge a membership fee.

2. PickyDomains – Founded in 2007 by Dmitry Davydov, a US-trained microbiologist and Russian freelancer, PickyDomains is a risk-free crowdsourcing site of more than 50,000 registered namers. At PickyDomains, a client seeking to find a catchy, unique and easy-to-remember domain, name or slogan pays an upfront fee of $50 to start receiving suggestions. If a client doesn’t find any of the suggestions particularly interesting, he may ask for a refund.

3. 99designs – As the name suggests, a pre-made logo at the 99design store costs only $99 compared to hundreds or even thousands a local designer may charge. And if a business owner in need of a logo doesn’t find anything in the store to fit his business objectives, all he has to do is sponsor a contest. Designers from all over the world then participate, and the creator of the winning logo is awarded a cash prize.

4. microWorkers – microWorkers, just like oDesk, is a job sourcing site where, as the term “micro” suggests, tasks paid for by employers and performed by workers are generally quick and simple and can be done in a matter of minutes. Tasks include social bookmarking, forum participation, sign-ups, website visits, creating backlinks, writing reviews, etc.

5. Freelancer – Founded in 2004 by a company called Plendo Sweden, then GetAFreelancer was bought by an Australian company in 2009 and renamed Freelancer. Freelancer is a virtual job marketplace where buyers and providers meet. Buyers post jobs they wish to outsource and providers then bid. Project bidding at Freelancer starts at $30.