On Friday 16th March 2012 the new iPad finally went on sale in stores around the world. Needless to say, this was a huge event in the “gadgets” arena and attracted the attention of the media around the world. Unofficially, people are referring to this tablet as the “ipad 3.” Apple themselves call it the “new iPad.” But there is an important question to be asked: what, if anything, is actually new about it? 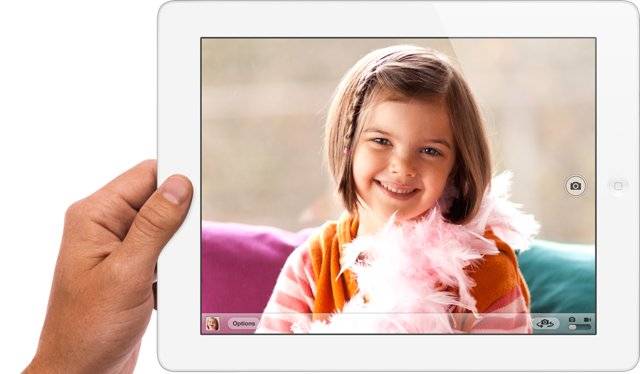 Well one point to consider is the improved camera in the rear. Whilst the camera on the front is the same, the one in the rear (known as the iSight camera)  has received a substantial upgrade. Boasting 5 megapixels, it uses the CMOS sensor found in the iPhone 4. The result is that users can take better photos and record more satisfying videos than before. In fact, owners of the new iPad will be able to capture exciting moments in their life in 1080p HD.

Many acknowledge that this is an improvement on the ipad 2’s offering, which was said to offer less than 1 megapixel. But it’s not clear how many people care are really concerned with the camera. After all, taking pictures has never been the primary function of the iPad (or of other tablets for that matter).

What about the other differences? Are they any more significant? Perhaps the most significant difference between the new iPad and the iPad 2 lies in the Retina display. Apple point out that the new ipad’s display features four times as many pixels as the iPad 2. In addition, this is known to be be significantly higher than an HDTV (a million more pixels in fact).

No doubt these figures sound impressive. And when you put the ipad 2 and the new ipad next to each other, you should be able to notice the difference. How significant the difference is will probably depend on the individual. If you intend to play games on your iPad or stream videos from your tablet onto your TV screen, then the Retina display may be a great advantage. On the other hand, if all you wish to do is surf the net and check your email, then you may not see the point in the larger number of pixels.

There are of course other things that make this iPad genuinely “new.” For one thing, it has the ability to support fast cellular networks. In Canada and the US this includes 4G LTE networks. Users with a fondness for speed will no doubt appreciate this feature, though there has already been talk of it not working in countries such as Australia, Germany and Sweden. In addition, some have complained of a data consumption issue whereby they exceed their limits too quickly for their own liking.

Should You Upgrade to the New iPad

In summary, the latest iPad is undoubtedly “new” in some respects, most notably in the quality of its high-pixel Retina display. But when all is said and done, one big question remains: is this tablet new enough to make the 1st and 2nd generation obsolete?

Let’s remind ourselves of recent history. Most gadget fans will remember how the original iPad took off in 2010. A year later (in 2011),  15.4 million Apple tablets were sold just between October and December. At that time, the biggest issue for Apple enthusiasts was where to buy the ipad 2.  Now, only six month later, many of these people will have to consider the new model instead. Will the improvements convince people to upgrade? Will newcomers to the tablet world bypass the 2nd generation and go straight for the third? At this stage, it’s not entirely clear. Opinion appears to be divided.

Perhaps the only thing we can do is wait and see. We can of course expect a huge amount of user feedback in the coming months. So it shouldn’t be too long before we can say whether the “new iPad” was really worth all the hype.

Ashton Woolf simply loves writing about gadgets. Ideally, his articles should be both enjoyable and informative, though he is always looking to improve his style and communicate more effectively with his gadget-loving audience.
Loading comments...