As you move more data from your hard drive to the cloud, you may be wondering whether now is a good time to cloud-source your desktop security software. After all, it’s just one more application that’s eating up disk space and hogging memory. 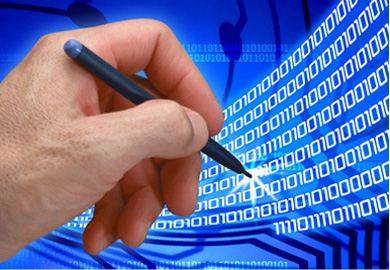 But are today’s cloud-based security apps up to snuff? Protecting your PC from viruses, malware, and other threats is serious business. If you don’t arm yourself with the best protection available, you could leave your system vulnerable to some pretty nasty stuff.

Of course, there are several advantages to moving PC security to the cloud. On the flip side, there may be reasons why now just isn’t the right time to make the switch.

Let’s look at the benefits many cloud-based security apps offer. One is threat-signature updates, in particular the fact that cloud-based apps don’t need to run them very frequently to stay current.

Daily threat-signature updates present one of the biggest problems with desktop anti-virus software. Each time the app runs an update, little notifications appear in the system tray to annoy you while you’re trying to finish something important. Being much too busy to bother with them, you ignore the updates until the security software is out of date, and your PC becomes vulnerable.

It happens a lot, and the outcome is often quite bad.

With cloud security monitoring, you no longer have to accommodate daily updates. Since they happen in the background, your security solution is always aware of the latest threat signatures.

Another thing to like about cloud security apps is that they’re, well… in the cloud. In other words, they’re not on your hard drive running those cryptic tests and scans that you’re just sure are slowing down your computer.

Remember: Desktop applications like Norton Antivirus are huge. They eat up a lot of system resources, and they have to hog memory all the time if you want them to work properly. That’s good because it protects your PC. But it’s bad because it creates a speed problem.

Moving this anti-virus functionality to the cloud takes the burden off your computer and enhances system performance. It’s like running a big, powerful application – think enterprise fraud detection software that a business might use – except you get to run it on someone else’s computer and still enjoy all the advantages.

Cloud security apps, unfortunately, are still quite new. What that means to you is that tried and true desktop applications from the likes of Norton and McAfee may still be more effective when it comes to eliminating malicious software from your PC.

Head-to-head reviews of popular cloud security apps and their desktop counterparts often conclude that desktop software is slightly more effective when it comes to eliminating infections that already exist on your hard drive. And since effectiveness is what you’re after, you might want to stick with desktop software – at least for now.

That’s not to say you shouldn’t give the cloud apps a shot – you should. Some of them are even free. And as their functionality matures, it’s almost a sure thing that more of us will start cloud-source our PC security monitoring.

Adam Green is a freelance copywriter who works with small to midsize businesses, Internet marketing companies, and Web designers.

6 thoughts on “Should You Move PC Security Monitoring to the Cloud?”