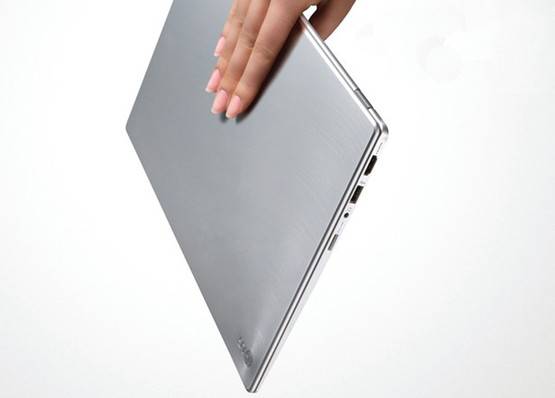 The report also stated that more than 170 million ultrabooks will be manufactured every year, despite tablets keeping the lead with an estimated 253 million units.

The fast-growing ultrabook category started last year from Intel’s four debut models and a few devices from other brands. Conceptualized after Apple’s MacBook Air success, the ultrabooks are fast, light, and have longer battery lives, making these devices better productivity tools than standard laptops. As manufacturers like Dell and Lenovo are making ultrabooks more affordable and accessible for many, the same report also said that most models will have cloud-based storage solutions and more disk drive, reducing the users’ dependence on expensive solid state drives or SSDs.

Aside from that, the release of Windows 8 is also expected to advance the ultrabook market in the next few months. Microsoft’s newest announcement of the Surface, a Windows 8 computer posing as a tablet, shows the system’s flexibility and relevance in the digital era. Windows 8 is also expected to integrate its SkyDrive cloud storage system into the new ultrabooks. There are several manufacturers who have already produced Windows 8 ultrabooks with touch screen capabilities. Intel also plans to add a voice-based technology in its ultrabook platform later this year. Paired with the Windows 8 touch functionalities, this speech-recognition technology could lead to platforms that will rival the interactivity found on smartphones and tablets.

Looking at the Ultrabook Promise

Laptops these days are getting lighter, thinner, and sexier. This shrinking phenomenon can now be seen in ultrabooks. Instead of utilizing standard processors that Intel places in netbooks, ultrabooks lead their own subcategory with efficient, top-tier processors. These devices use same chip architecture like the ones in premier desktops and laptops, but have been customized to work in low voltages so that they don’t drain an ultrabook’s battery life easily.

There are several qualifications that a laptop needs to meet in order for it to be considered as an ultrabook. Aside from being light and thin, the device has to boot up and come back from sleep mode quickly. It should also pack Intel Core chips, since the word “Ultrabook” is an Intel trademark. Ultrabooks have recently received a boost from Intel’s newest processing tech, Ivy Bridge. Even if ultrabooks sport Intel Core chips, they actually have low voltage designs than what you have in larger laptops. Ultrabooks are also strictly dual core, whereas the higher voltage processors can either be dual- or quad-core. So can an ultrabook serve as the center of your digital lifestyle? The answer is absolutely yes – thin is very much in these days. With Intel’s newest round of processors, you will find that sleek and stylish ultrabooks are capable of handling your daily Internet browsing, productivity tasks, and other special video/photo editing apps.

With its longer battery life and quick startup times, the ultrabook is definitely a must have for business professionals, tech enthusiasts, and even ordinary consumers. Today’s ultrabook models are packed with the latest generation of Ivy Bridge and Core i7 processors with at least 4GB of RAM to meet the demands of your most heavily used apps. Most ultrabooks also feature excellent battery life which should be plenty for professionals to get enough work done before scrambling into an outlet in a hotel or at an airport terminal. These razor think and ultra-thin ultrabooks are perfect for businessmen on the road. Take for example Lenovo’s ThinkPad X1 Carbon ultrabook. Considered as the thinnest and lightest laptop these days, this 14-inch ultrabook is also made from carbon-fiber materials, enough to meet the military’s durability standards. With the X1’s rapid charge technology, professionals won’t have to worry about missing presentations because of a dead battery. Intel has ready added more security on the new generation ultrabooks, which is very valuable to CEO’s and business owners out there. Intel has spent a significant amount of investment to acquire McAfee and integrate its security features into the device’s architecture. Intel is now offering Identity Protection Technology (IPT) and Anti-Theft Technology (AT) as options for its ultrabook hardware.

As the ultrabook competition heightens among major players like Apple, Lenovo, Dell, HP, Asus, and Toshiba, prices are also expected to be lower in the following years. Whether you are looking for a thin, flashy portable device or a powerful, light laptop, the ultrabook is definitely the way to go.