There are a number of antivirus programs available in the market. The capability and performance of each product differ from one another. You should be able to understand available features present in the antivirus and these features should suffice your protection needs. The antivirus software should be easy to install and maintain. 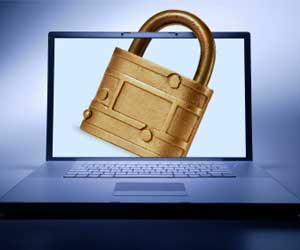 You can go through the product details offered on the official websites of respective antivirus products and go through reviews which will give you modest knowledge about various competent antivirus alternatives that are at your disposal.

The antivirus software that you are deploying should have compatibility both in hardware and software terms. Even though the antivirus that you are choosing is the latest available in the market, you should be able to install on your computers with the already installed operating system versions. Otherwise, you may want to upgrade your computer to install latest operating systems. If the operating system demands higher levels of hardware configurations you may want to upgrade your hardware also.

Antivirus should effectively monitor various triggering events and should be able to stop and disclose scripts which will try to start execution without authorized permissions. Antivirus software should be able to thwart mass mailing worms which will try to intrude into computer systems by disguising themselves as genuine ones. Some kinds of email attachments may start execution of scripts without opening attachments. Hence, the antivirus software that you are choosing should have the capability to scan emails and attachments. The software should be able to detect VBScripts and JScripts effectively. It should efficiently detect Trojan horse, Active-X controls and Java Applets.

The antivirus should warn you against potential threats due to download of files from websites and at the time of installation of new software into your computer. The software should raise alert on a continuous basis and you should have the option to choose the type of alerts. The antivirus software provider should update virus definitions at regular intervals so that the latest forms of online threats can be prevented. If you are going for the upgrade version, you may want to uninstall the existing software. You should confirm the same from product literature. You should be able to get high levels of support from the software vendor.

Every antivirus product will have its own merits and demerits. You should be able to figure out the one that best fulfills your requirements. Your vendor should be able to provide the anticipated level of support through various means. Affordability and maintainability are other factors of concern for a business.

Jane shares the elements of successful problogging at her blog Problogging Success. She offers two free ebooks "Problogging for Newbies" and "Your Guide To Better Time Management" to help bloggers succeed with their blogging business.

8 thoughts on “Expectations from Anti-Virus Software”