Everyone knows what virus is and have had their computer infected by it, this is not news to anyone, but what most people know is who was the creator of the first virus spread on the web. The name of the figure is Robert Tappan Morris That on November 2, 1988, while still a student at Cornell University, was at MIT (Massachusetts Institute of Technology) when he made the distribution of what is considered the first malicious code to spread via the Internet. 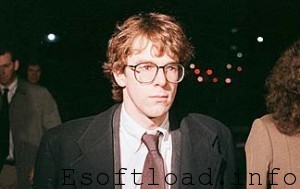 The virus became known as the “Morris worm” and made a mess and both in computer systems, to have an idea, the plague has infected 10% of the 60 million computers worldwide network that made up the time.

As a result of its creation, Robert Tappan Morris was convicted of fraud on computers in 1990. The guy was lucky because he escaped going to jail, but racked up a fine of $ 10,000 U.S. dollars and had to provide 400 hours of community service, certainly went “cheap” for him.

Nowadays, the creator of the first Internet virus is very “well thank you”, he taught at MIT, so the place he used to spread viruses, interesting?

8 thoughts on “Creator Of The First Internet Virus”