The idea of advertising isn’t exactly an unknown one. The world as a whole has progressed past basic advertising techniques to the point where it has now become the key to the success of an organisation. Researchers have even gone as far to describe it as an art. Not just any art either, some researchers argue that it’s the most powerful art form on Earth. 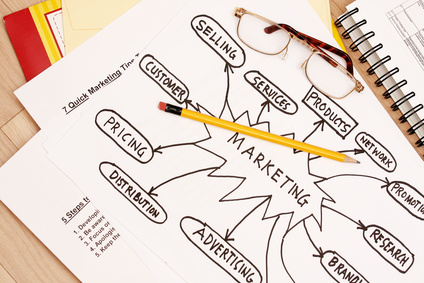 A successful marketing campaign can do more than draw a product to the customers eye, it can have them thinking about the products long after they see the ad. It is evidenced just how important advertising is by the fact that as a whole the world spends over 500 billion dollars every year on advertising. Get that, 500 billion dollars.  In the USA alone, 15 billion dollars is spent on advertising targeted at children per year. This is because according to the American Psychological Association (APA) children under eight years old are not able to critically understand advertisements therefor they regard them as truthful, accurate, and unbiased. As well as that, according to statistics, a child will watch over 400,000 ads on television per year.

If you’re currently thinking, ‘wow, how could the world spend that much’? Take a look around you. That TV in your house, the ads on that TV can cost almost 50 thousand dollars, if there’s 5 ads interrupting your movie, that’s 250 thousand dollars that people have put towards the grand total of 500 billion.

Still not convinced? Advertising on Facebook isn’t cheap; thousands of companies spend millions of dollars to advertise on Facebook.

How about a billboard, catalogues, or radio ads? Nope, you wouldn’t expect to get advertising on any of these platforms for any less than 1,000 dollars. If you’re looking for some cheap advertising your best bet would be finding a website with a growing community and putting some money in. You can find sites like this for as little as $10 a month. Otherwise the oldest form of advertising; word of mouth is a great way to get people in the store, although the company has no control over this apart from being sure to offer a good product or service.

A marketing plan is a good concept for a business to use when starting up, and allows a business to detail the necessary actions required to achieve one or more marketing objectives.

A new form of advertising has become evident with the rapid growth of social media, this is viral advertising and relies on the presumption that a video, or post will go viral. Doves ‘Evolution of beauty’ video is a great example. It was posted in 2006 and overnight the video had been seen by over 1 million people.

It’s wouldn’t be a long shot to say that the internet runs on advertising. Without the potential for profit due to people wanting to advertise on your website, there would be little point in making one. Facebook wouldn’t exist, nor would YouTube, Ebay, Amazon, or Twitter. The fact that advertising exists is the sole reason these companies are worth the millions of dollars that they are.

In summary it isn’t a long shot to say that marketing shouldn’t be taken lightly when trying to start a small business, website, get your product more know or even for a large company. It’s a big industry with big rewards to be offered.

So, no matter what if you’re looking at starting a business be sure to put some time and money into your marketing plan, a marketing plan is exactly what every business needs to find their way in the big world of advertising.

Nikhil Jain is a professional writer, blogger, editor and internet marketing specialist with years of valuable experience in business growth and development for small to large scale organizations.