Apple finally has made its retreat from bigger phone trend started with iPhone 6 and released iPhone SE, the refurbished as well as more powerful version of its 4in iPhone 5S. By many considerations it can be called the new masterpiece, whether in design or specs. Now, it is destined to be the smallest smartphone in present lineup of Apple. Since the launch of iPhone 6 it is also the first smartphone to be released with such a smaller screen, just 4.7in. 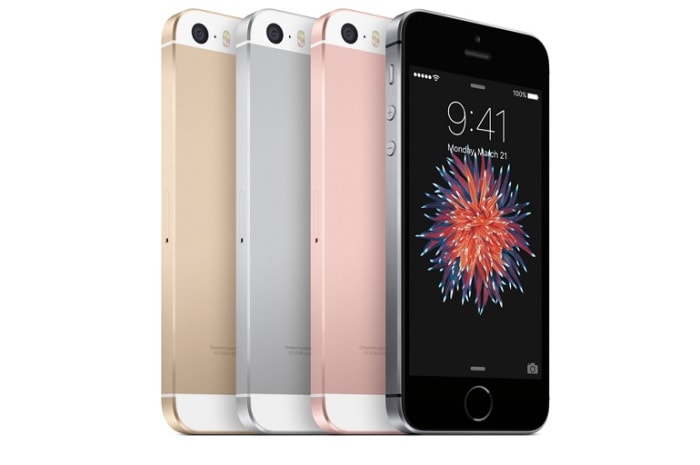 As the tech community expressed surprise initially, Greg Joswiak, Vice President of product marketing in Apple, made the focus of the company clear. He said that while some people invariably prefer smaller phones and as the original 4in iPhone is the first iPhone they owned, they asked and pleaded the company to come up with such a small sized phone. iPhone SE is precisely the move to address these loyal customers. Nevertheless, he made it clear that the device spec wise would be the most powerful 4in iPhone ever.

iPhone SE is basically an iPhone 6s put into a iPhone 5s case making it a powerful phone than any other phones from the brand except 6 ad 6S so far. It offers almost everything you can expect from newest iPhone on the block. The phone comes loaded with an A9 processor which is at least 3 times faster than processor used in the 5s. There is a 12 MP camera as well capable to capture 4K video. The phone is equipped with Touch ID. Priced at $400 it is also the most affordable iPhone till date. One big omission in the spec side is the 3D Touch.

While tech is new and most advanced, Apple again came to the most popular design all its phones before iPhone 6 were recognized with. Except just the SE logo and matte edges the phone looks through and through similar to the iPhone 5s. This revamp of design shows how the quintessential 4 inch design is valued by Apple loyalists. In fact, as soon as iPhone 5 and 5s is considered, they in their prime used to be regarded as the most advanced in design as well. Many still feels iPhone feels much lighter, composed and sleek in the hand. No doubt SE actually is a sign of how the company values its loyal users who began to grab iPhone quite a time ago.

The iPhone SE as the name suggests, possibly taking its inspiration of name from the Macintosh SE computer released by the brand way back in 1987 has also been a popular for experimenting with form factor. iPhone SE has a metal body, 4 inch touch screen, a flush camera lens and Touch ID fingerprint scanner, In comparison to Apple’s most recent iPhones it stands far ahead in specs. There will be 4 color options available with the phone at present, respectively as black, white, gold and rose gold. The device except offering a countenance similar to iPhone 5S comes with big specs. From full support for Apple Pay and 12-megapixel camera to more battery life, it is every beat ahead of other iPhones launched in this size.

The first time anyone gets hold of the iPhone SE with just 4 inches diagonal screen size, it will be felt completely grasped by the fingers. In a word to say, it is more graspable device than any of its present day competitors. As far as statistics are concerned, there are many to favor SE. For instance, 20% of Americans prefer a 4-inch phone rather than a bigger screen device. Moreover, no other major manufacturer except Apple offers a high feature phone at such small size.

The 12 MP rear camera comes well equipped to respond with Apple’s Live Photos video trick and can perform great in a variety of light settings. The only reservation regarding the camera is its incapability in low light image capturing.

iPhone SE even comes equipped with Apple Pay allowing you forget your wallet at home at times and instead paying with the phone app.

The second most important aspect of this new phone is the elongated battery life. In comparison to most other Apple products of recent time, iPhone SE offers a much larger improvement in battery power. iPhone SE battery lasted 10 hours which is even longer than the iPhone 6s and iPhone 5s.

There’s something to compromise as well

The device comes with a few compromises like the lower pixel count, absence of 3D output, etc. In comparison to iPhone 6s it offers less contrast. The diverse touch sensitivities with 3D touch is also not there in the phone.

It is more affordable this time

Many people simply are impressed by the price it offers. Priced at just $399 without a contract, it can be an appealing choice for students as well as business users. It comes loaded with 16 gigabytes of storage at this price which is quite sufficient to get things done with your phone.

First of all size, impressive form factor and lastly wide range of features that were absent with all earlier pones, altogether it is really an Apple masterpiece affordable for all and sundry.
Looking at both sides at a glance

Touted by Apple as a ‘Big step for small’ iPhone SE unlike all other Apple predecessors can be the most enduring Apple device so far. Besides the comeback design score Apple made its lucrative with hot feature set, more spec power and crisp performance attributes. So, the Apple loyalists who for long had wished to grab an iPhone 6 or 6S device as the ultimate and most advanced feature ready iPhone till date can find iPhone SE rewarding enough, with the preferred ‘iPhone’ like form and unbelievably affordable price tag. Not just iPhones, you cannot name another device of such size having such advanced specs and power.

This article is contributed by Keval Padia, Founder & CEO of Nimblechapps, a fast-growing android mobile app development company. The current innovation and updates of the field lures him to express his views and thoughts on certain topics.