Since the beginning of television ratings history, Nielsen has been the only name associated with viewership statistics and ranking reports. It has been the standard in letting everyone from television executives and producers to advertisers know which television programs are popular. With the rise of “the second screen” viewing on varied multimedia devices and social media comments and commentary, it is time for a new standard rating system to emerge. The new rating system will make its debut in the fall of 2013, it is dubbed the “Nielsen Twitter TV Rating”. The question remains to be seen if this will this prove to show a more accurate statistic of which shows are watched by more people, or will the squeaky social media wheel get the grease? 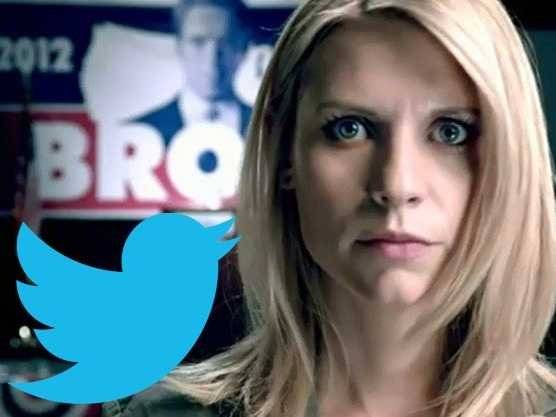 The new ratings will measure the number of people discussing a show on Twitter, as well as those who are exposed to the chatter, to provide the “precise size of the audience and effect of social TV to TV programming,” Nielsen said. The tweeting Twitter audience is likely to only add another dimension to the existing Nielsen ratings, in more of a “focus group” fashion. Advertisers may not initially consider the social factor of the ratings; however that might be a big mistake. Especially if that advertiser participates in any online marketing, advertisers can greatly capitalize on socially trending television show viewers, even if those numbers are only a small, vocal portion of the total viewing audience. The reason for the increased opportunity is because television viewers today become very passionate about the shows they watch, so advertisers can easily get their attention by advertising during the shows, or on the corresponding shows websites, social sites, and related media channels. The result is that a show that does not have the highest ratings but has a higher social score could do better for advertisers, or at the very least, be one to watch for the future.

Many new shows have embraced social media and are encouraging participation from viewers. These show executives get it and realize that social media is a promotional gift; it can be not only a part of a show’s success, but the cause of a show’s ratings and longevity. Now that Twitter will be an official quotient in the ratings metrics and algorithm, expect more shows to jump on the social media bandwagon. The television shows that get it right will be rewarded with success in numbers and popularity. “Twitter has become the world’s digital water cooler, where conversations about TV happen in real time,” said Chloe Sladden, Twitter’s vice president of media. Even though Twitter is dominating the social TV space, Twitter is not the only social channel that television shows should target. Television shows can have Facebook pages to share pictures and events; there even are Facebook fan pages set up for the fictional characters on the tv shows. Shows like Arrow, a new hit show on the CW network about a young super hero, are embracing social media with a Google Plus page. Arrow is building its brand awareness into a community of fans and followers on the Google’s social network. They are keeping the fans and followers in touch with the show through events, which are automatically posted to fan’s personal Google Calendars.

All of the reality shows with voting components, which have the viewers vote for their favorite singer, dancer, or competitor, are slowly realizing the benefits of integrating voting into social media. Fans can vote not only on the phone, but through Facebook, Twitter and even online applications that are downloaded to smart devices, phones, tablets, and computers. This allows for more votes to be captured, plus they are shared across each person’s network; giving more life to the show’s social reach. Besides the added reach involved, the voting usually happens after the show is over, so the increased social networking will lead to views onDemand, online, and visits to the show’s website to interact with the show, its contestants, and the stars online.

GetGlue is a social channel dedicated to movies, tv shows, books, and topics that awards participants for “checking in” to shows, movies, books, or topics that they are currently enjoying. It connects to the users’ social channels and broadcasts the check in, in addition to awarding stickers. Each month GetGlue users can have actual stickers mailed to them. The stickers are provided by many of the television networks and movie studios. GetGlue also lists trending shows and movies, as well as listing suggestions based on likes, and nightly schedule of television shows and the channels. TV Guide really missed out, as this could have been what they evolved into since no one has needed to purchase the print version of a television guide for many years. Instead, GetGlue is capitalizing on this niche social market, where fans of television shows can comment and share information about their favorite shows and movies. Many of the television shows and movie studios have their own branded GetGlue account that they use to promote their shows, showings, and special events. This model of social channel is really in its infancy and will continue to grow as the “second screen” phenomenon evolves.

2 thoughts on “What the New Nielsen Twitter Ratings Mean for TV, Social Media, and Advertisers”