How would you like to carry your desktop around on your smartphone? Sounds too good to be true, however today Ubuntu, specially designed for Android devices enables running free desktop operating systems on your phones. While on the move, you have an Android that is perfect for your smartphone, however the moment you are either at work or at home and connect your phone to your mouse, monitor an keyboard – hey Presto, you  have smartphone that instantly converts into a PC. 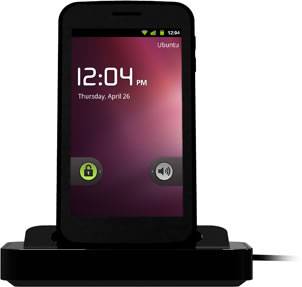 Ubuntu is today believed to have over 20 million happy users, no wonder then that it is considered one of the world’s popular operating systems that is free of charge. Imagine having a total solution for your office at your fingertips or rather on your smartphone.  You do not have to have multiple records like bookmarks, address books, mail inbox and text messages. Everything can be now consolidated in one place but viewed separately on your phone or your PC, as the case may be.

Mobile users have a better reason now to upgrade to multi-core handsets that have improved random access memory (RAM) greater storage capability and a much faster central processing unit. It is like buying a two-in-one – a desktop and a phone rolled into one. You must be aware that in order to run a desktop and a phone (one at a time) it takes tremendous power without which this feat would be impossible. Well Ubuntu has the power and flaunts it silently. This has now become a necessity for the busy people who are constantly on the move.

What’s more is the built-in desktop serves as a driver for the LTE, hence offering a much higher bandwidth that is essential for such productivity apps. Though there is a slightly higher cost involved when you add a desktop to a phone, it is well worth the investment. Mobile phone makers on the other hand are an eager lot and want to only increase the user base as Ubuntu has opened new frontiers for them as well. Most corporations have thought it prudent to add Ubuntu for every desk-based resource as the ease of operation along with the simplicity it offers just cannot be ignored. Ubuntu today, has gone ahead and replaced many traditional Windows users at the corporate level. With more people opting to own smartphones for various other reasons, the addition of an additional feature like Ubuntu is irresistible.

Reports claim that Ubuntu has commenced shipping pre-installed versions to major destinations like Brazil, India and China. It is one of the easiest things that can be integrated onto your Android devices, what is required by your phone is not any sophisticated bit of hardware, but just the docking capability. It is probably the ease of use that has made Ubuntu most sought after, and what’s more is that it comes with a complete range of applications for the desktop as well. Whether it is messaging, email, media or plain web browsing – you name it and you have it. Your very own personal information like music files, image galleries, calendar, contacts etc from your desktop as well as your phone can be accessed.

While you are on the desktop mode and working at home or at work, the SMS messages reach you at the desktop itself. This helps do away with the annoying need to pull up and open the messages to read them on your phones, which is actually very conspicuous and diverting to many around you. Overall, the plus points are more and there are hardly any minus points at all for Ubuntu. What with updates on security available free of charge, you can actually have the cake and eat it too.