Already the New Year seems ripe enough for smartphone wars among brands. Apple already took enough limelight with the iPhone 6s release and widely speculated iPhone 7 release and there are other big news waiting in just few months from now. Google’s Nexus 6P is going to break into the scene and there will be few premium launches from Sony, LG and HTC. Now just after grabbing the interest of users  with the Galaxy S6 in 2015, the biggest of Samsung release is being widely speculated: the Samsung Galaxy S7. 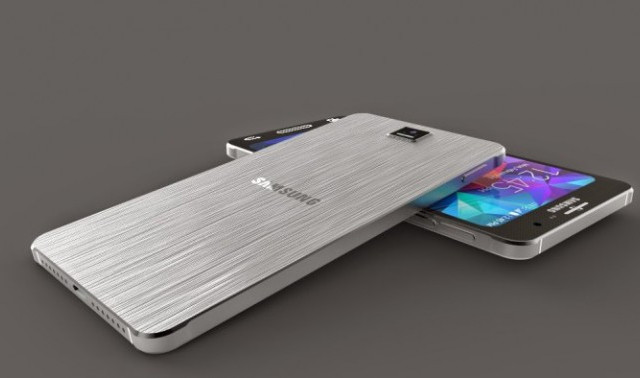 The 2015 release of Samsung Galaxy S6 and the Galaxy S6 Edge created great excitement and despite a few problems both just delivered awesome performance. This year in 2016, keeping the tradition of offering new release at the mobile congress, we can expect Samsung to come up with its ambitious Galaxy S7, the latest and most feature rich smartphone from the ace mobile manufacturer.

Among many speculations that are constantly surfacing Galaxy S7 is widely being speculated to continue with Samsung’s current design language of strengthened glass on both side of the smartphone and with thin metal edges in the buttons and ports. There is already strong prediction that S7 will use micro USB for connectivity instead of USB-C and will not offer any flaps or gaps suggesting the return of micro SD for expansion. Though all these speculations are still just at the initial state and there are still two months to go for the expected release in Moble World Congress, we can come up with a reasonable prediction of some of the most important specs and features of the device.

4GB of RAM: As far as random memory capacity of S7 is concerned, it will offer comparable RAM to most laptops. S7 is going to be loaded with 4 GB of RAM, a fairly unparalleled spec compared to any other Android phone.

30 MP Rear and 10MP Front Camera: 30 megapixel camera is literally just mammoth imaging capacity for a phone camera and that is exactly what new S7 is going to offer for the rear camera. You can expect professional quality photography right from your Android phone after this release.  There will be also a 10 MP front camera equal to most high pixel smartphone rear camera of today.  Moreover, the new GigaPixel feature will ensure optimum accuracy and clarity.

Super Amoled Display: There are few smartphones with Amoled display but the new S7 will have a dazzling Super Amoled 4k display of 5.5-inch dimension.

Waterproof and Dust Proof: Samsung Galaxy S7 will protect your phone both from water and dust to make it work in all weathers and rugged condition.

Infared sensors: Samsung Galaxy S7 will be loaded with infrared sensors allowing users enjoy an array of user friendly features and functionalities. From measuring body temperature with the advanced sensor in the handset to knowing the pulse beat of the user, it can be used as a smart intelligent device for health and fitness checkup as well.

Iris scanner: This Samsung whisper has already reached the ears of many Android geeks that the new Samsung Galaxy S7 will have Iris scanner that will let you unlock the phone just by looking at it. It may sound futuristic and ahead of time but the new release can actually surprise the world with such an ahead of time feature. While most smartphones are just busy introducing fingerprint scanner fo user authentication, scanning user with just a look is surely an amazing thing to happen.

Galaxy S6 as we all know was released at Mobile World Congress 2015 and Galaxy S5 release also happened in the same event in 2014. So, for the Samsung Galaxy S7 we can predict a release in the same time of the year and in the same event, that is to say at MWC 2016 which is scheduled to take place 22nd to 25th of February in 2016.

This article is contributed by Keval Padia, Founder & CEO of Nimblechapps, a fast-growing mobile game development services provider company. If you would like to write for us, join eSoftload Community.