BlackBerry after releasing the first Android phone last year in November, is coming up with the next device in the lineup. This Android phone from the erstwhile Querty keyboard specialist is rumored to be named as BlackBerry Vienna. Besides enhanced device capacity and more affordable price range the next BlackBerry Android phone is rumored to have an attached keyboard with the touch screen. BlackBerry Vienna is more likely to be a mid range handset less ambitious price tag compared to the flagship Priv. As for predicting the release date, there is no credible information yet on that. 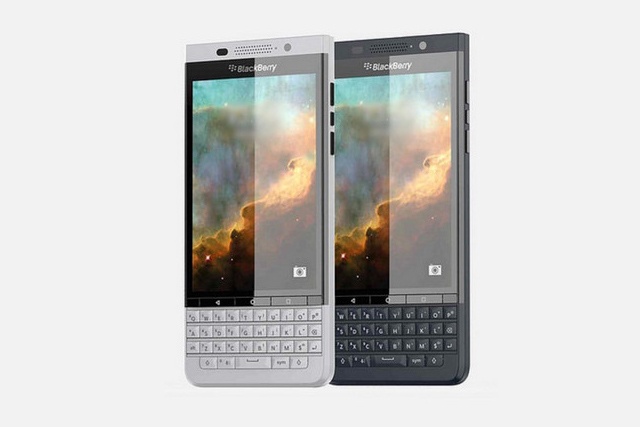 The first ever Android phone from BlackBerry, the Priv, has just been released only a month ago garnering widespread acclaim from the experts and Blackberry admirers. But following this release the company seems to have set higher Android aspirations as the upcoming device is going to provide higher affordability and cool specs. This rumored next year release has a different significance as well. As BlackBerry chief executive John Chen recently said in an interview that a whole range of Android products are already in the pipeline.

In the Blackberry Vienna unlike the classic BlackBerry handsets the screen will not be square but rather would be more similar to other Android touch screen devices as leaked information suggest. As far as the look and feel of the display is concerned it would have few similarities with the Priv that offers a 5.4-inch QHD AMOLED display. Though to meet the expectations of an affordable price Vienna may have a screen size around just 5-inches or smaller than that with just 1080p screen resolution. The physical keyboard accompanying the screen may lead to a bigger overall size of the device.

In look and feel the upcoming Android device from Blackberry would have a few specialties like in absence of the sliding display as it was in Priv, it would look more like a candybar device with the keyboard below the touch screen.

As expected the Vienna will be offered in total four color variants, respectively as, silver, grey, green and red. As leaked in the mock-up show, the device would have a front-facing mono speaker, front camera, volume rocker and power buttons on the side slots for microSD and SIM card. It seems very probable that the device would have three physical buttons just under the screen for Android controls.

With the angular top edges Vienna looks much similar to the BlackBerry Leap in countenance. That also suggests that the device would mainly have a plastic body. This would also have some price advantages as far as affordability is concerned.

As of now, as far as the suggestive leaks and predictions, the device would have mid range specs. While the BlackBerry Priv had a Snapdragon 808 hexa-core processor with 3GB of RAM, Vienna is rumored to have same RAM capacity and Exynos 7 Chip Set. The forthcoming Blackberry Android device would have 25GB internal storage as well besides having support of external memory. Many speculate that in hardware specs Vienna would offer a slightly reduced option, especially because of maintaining a good price advantage. Besides all these there is hardly any credible speculation on the device battery.

The camera is not going to be a big deal in the new Blackberry Android device and as compared to earlier Blackberry Priv version the Vienna camera is going to be smaller. The Priv camera is really an impressive one with 18MP and with great performance and in contrast to this Vienna is expected to have a step down on camera front. A front facing camera is very expected besides an LED flash for the rear camera.

This article is contributed by Keval Padia, Founder & CEO of Nimblechapps, a fast-growing android game development services provider company. The current innovation and updates of the field lures him to express his views and thoughts on certain topics. If you would like to write for us, join eSoftload Community.

One thought on “Blackberry Vienna: The Android Mobile That is going to Rock 2016”