The year 2015 has kicked off with a bang as far as smartphone and other gadgets are considered. With every manufacturer putting its best foot forward, the competition will only rise. Along with smartphones, smart watches have also joined in this never ending quest to reach the top. 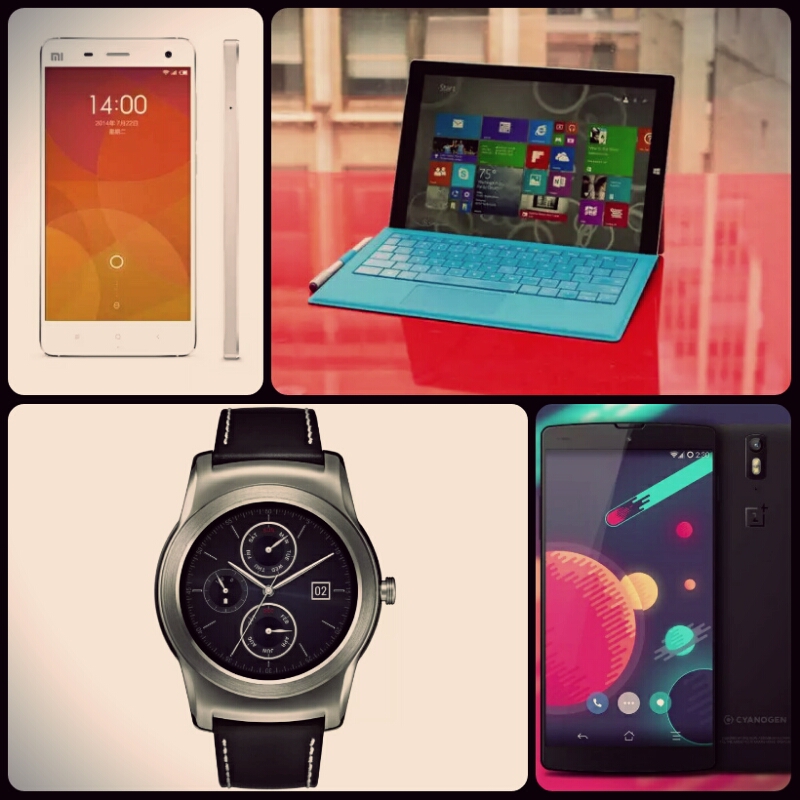 All in All, this year will witness a considerable amount of change in our gadget world. Here we are with a list of top upcoming gadgets that will rock and roll in 2015.

We don’t have any final word on the name of the successor of Lumia 1020 Pureview and for now let’s call it Lumia 2020 Pureview. The rumour hints that the upcoming Pureview will come with a 5 inch display, 2 GB of RAM and of course Windows 10. However, there are is no official confirmation yet. Keeping in mind the Pureview technology, the expectations are certainly high on Microsoft.

Samsung is slowly turning the heat up with its all new Galaxy Note 5. According to rumours, Note 5 will feature a 3840 x 2160 pixel Ultra HD screen with 4K display. Now that’s something really interesting. It will be unveiled by third quarter and customer will get to buy it in early October this year. With its release, Note 5 will give a tough competition to Nexus 6 which currently stands atop in 6 inch phablets.

Another one of the most anticipated gadget of this year will be Microsoft’s Surface Pro 4. We all know that the Surface Pro series has helped Microsoft get more fans around the globe. And with the latest Surface pro 4, we expect Microsoft to deliver even better. The new gadget is likely to be available in two screen sizes – 12 inches and 14 inches. It is tipped that the gadget will get latest windows 10 OS right from the box itself. The company is even likelier to launch a small version of the gadget namely Surface Pro 4 mini which will come with a 64 bit Intel Atom processor.

As far as Indian Smartphone market is considered, Year 2014 brought a lot of success for Lenovo occupied Motorola. Moto E, Moto G and Moto X are the companies leading smartphone in the country in their respective price group. Moto X 2nd Generation has done lot good to company’s sales in India. However, Motorola still needs to improve in its display quality, battery performance and speakers to survive the competition.

Expected to launch around September this year, Sony Xperia Z4 will take on its rival the newly launched Samsung Galaxy S6. Insights from various sources suggest that the Z4 will sport a 5.5 inch QHD display with a 64 bit Qualcomm snapdragon 810 processor. The phone will probably share its camera with its predecessor Xperia Z3. However, we can expect a set of new camera lens for Z4.

The year 2014 was a great hit for Chinese smartphone manufacturer OnePlus. With OnePlus One, the company made its presence felt in the smartphone market. It is hinted that the OnePlus Two will have a more fresh and premium look than its predecessor. Also it will feature an all new Oxygen OS. Talking about specs, the rumours suggest that the phone will come with a 16MP primary camera and a front facing camera of 5 MP.

LG’s Watch Urbane is a ‘Luxury’ alternative to all the present day smart watches available in the market. LG has developed its own webOS for the watch. With Watch Urbane, LG will take on its rivals in terms of its looks and design. It will feature a 1.3 inch round P-OLED display of 320 X 320 Resolution with 1.2 GHz Qualcomm Snapdragon 400 processor. There is no official confirmation on the price but from design it bears, we expect LG to sell it at a bit higher price.

In the current scenario, HTC stands pretty tall with its M8, a 5 inch quad core. We expect HTC to come up with some more mega pixels, improved display and of course a water proof body in M9. Sources hint that HTC’s M9 would sport a QHD display and probably a sapphire crystal screen. There are many areas in which HTC can make M9 better than its previous M8. Storage space, Battery performance, build quality and camera are the regions we expect HTC M9 to score.

One thought on “Top Upcoming Gadgets in 2015”