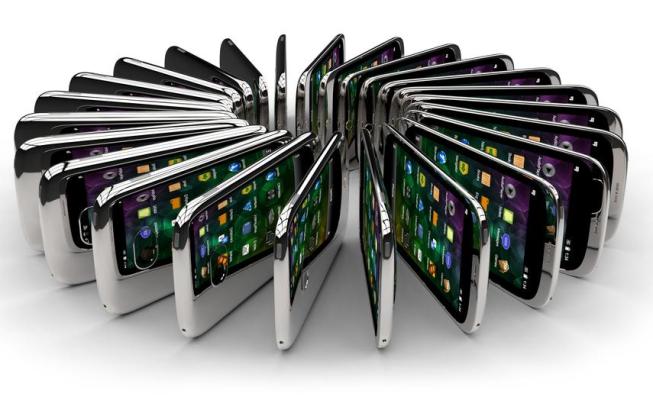 Here we have brought up a list of rumored smartphones to be launched ahead in the upcoming months.

Since a month Apple iPhone 6 has gathered a lot of attention all over the internet with its regular leaked teasers on tech-blogs. Apple’s next generation iPhone has created trends of two variants one with a 4.7 inches screen and other one with a 5.5 inches screen. The firm has officially revealed that the new iPhone 6 will have shatterproof sapphire crystal glass complemented with oleophobic coating providing enhanced screen protection to the users. The firm has decided to make the iPhone fully water resistant. It is speculated to arrive with 2 GHz Dual Core processor chipped on Apple A8 board, 2 GB RAM, main camera having 8 megapixels while the front camera details are unknown still many say might feature 2 megapixels camera.

If we move on internal storage aspects, we see there will be no expansion feature in any of the variants 16/32/64/128 GB as always. The Nano-SIM supported device will have 2100 mAh non-removable battery just like its predecessors. One of the recent news from the renowned tech-blogs GSMArena.com says Apple is planning to release its 4.7″ iPhone variant on September 9 whereas the bigger version is kept for release at the end of the year. Well nothing about the price have been purported yet.

This is yet another device buzzing all over the internet nowadays with continuously leaking teasers. We may see the phablet in two variants as per processor criteria, one with a 2.5 GHz Quad-core Krait 450 processor having Qualcomm Snapdragon 805 chipset and other one having Exynos 5433 chipset sporting Octa-core processor (1.3 GHz Cortex A-53 & Cortex A-57). The phablet Samsung Galaxy Note 4 is expected to feature 5.5″ Super AMOLED screen, Corning Gorilla Glass 3, 4 GB RAM, 16/32/64 GB inbuilt storage (all three variants expandable up to 128 GB), 16 megapixels main camera and 2 MP secondary while the camera features include Dual Shot, Simultaneous HD video & image recording plus some common camera features also. Samsung has planned an Unpacked 3 event to be held on September 3 when it will disclose the phablet officially. The phablet will surely come in September either in starting week or ending.

Months back, rumors spreading on web were saying Nexus series is going to be shut down and Google has planned Silver line series instead of Nexus from now onwards but all those critics have gone wrong since Google has hinted the next Nexus i.e. Google Nexus 6 to come in market soon. The sixth member of Nexus series is expected to feature around 5.2″ UHD display probably having 2K resolution. The rest of the speculated specs include a 3 Gigs RAM, 2.5 GHz Octa-core processor and two version having 32 GB & 64 GB having in-house storage capacity. It will be powered with a 3100 mAh battery which will be non-removable just like its predecessors. Some other new features which user will see in Nexus 6 which have very less possibility to come are fingerprint sensory and heart rate sensor. Talking about the release date, it is expected to arrive in November this year as per its past releases of other members.

Sony’s Xperia Z series have gone wild as its flagship and the third member Xperia Z3 has been in talks since few months. It features 5.15″ shatterproof display with Triluminous technology. Other speculated information consists of a 2.4 GHz Quad-core Krait 400 processor and Adreno 330 GPU chipped on Qualcomm’s MSM8974AC Snapdragon 801 chipset, 3 GB of RAM, 16 GB internal storage expandable upto 128 GB, 20.7 MP back camera and 2.2 MP front facing. It will be operated on Android KitKat v4.4.4 and is set to release in next month. Nothing about battery is yet known but will probably have enhanced battery than Xperia Z2.

Well there are other devices also like Samsung Galaxy S6, Moto X2/X+1 which are creating huge amount of buzz but the one I mentioned above have gained the most of the attention. Anyways, which of the device you think will become the best one in the market? Don’t forget to share your feedback with our readers.

Nisha Pandey is an expert in the field of information technology. In addition to this, she is concentrating a lot on making the people aware of the precautionary measure that can be adopt to increase the bandwidth and speed of the internet.