Windows is certainly the most used operating system in the world. And unfortunately, this is not a very competitive market. The only options are, practically, Linux and Mac OS X. 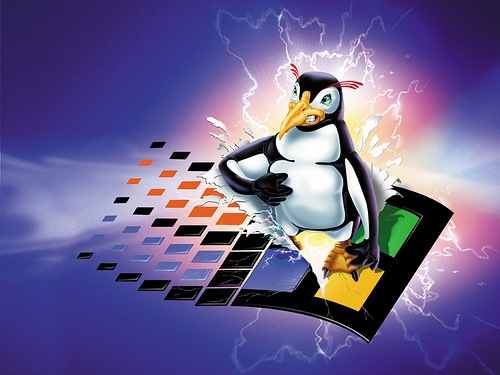 For people who are experienced with Windows, it may seem that there is no reason to change the system. Even more that Windows has improved considerably in recent versions. But just using Windows, the user may not realize how good other operating system may be. Using Windows, we are in a system insecure, full of viruses, inefficient, who lives giving problem and is very expensive. Microsoft creates a new version of Windows without regard to computers that already exist, which means that users have to update their computers to use each new release.

Using Linux you can have a fast and safe, that works well even on an older computer. The difference with software is not a major factor (in most cases) and the advantages of switch from Windows to Linux exceed the disadvantages.

Linux (or rather, GNU Linux) is an open-source operating system very efficient, stable and secure. It is organized in distributions (also called distros) which is nothing more than different versions released by different groups of developers.

In particular, the Ubuntu distribution that is more prominent in relation to ease of use. Each version of Ubuntu becomes more enjoyable and easy to use, since this has always been the focus of this distribution. In fact, Ubuntu is so good and friendly to use, despite having sufficient knowledge to use more advanced versions of Linux.

The Ubuntu can be downloaded for free to be burned onto a CD. The CD works so hard to make the installation of the system and to test the system without installing. Simply restart your computer with the CD inside and Ubuntu will be loaded. So you test it and if you want to do the installation, which is very easy to do, simply follow the onscreen instructions.

Many of the software that people are used to using in Windows are not available for Linux. But the developer community creates free alternatives software for those who are very good, sometimes better than the originals. With Ubuntu you can create documents, spreadsheets and presentations, surf the Internet and many other things that are used to doing in Windows.

You can switch from Windows to Linux using Ubuntu. It just takes a bit of curiosity and perseverance always using the excellent tutorials (text and video) that exist on the Internet.