Sometime since around the year 2000 IT went from being that department of nerds who fix your computer when it’s broken and make mystical software updates, to the heart and soul of any larger enterprise. The transition was fairly natural considering that as a company grows the flow of information becomes more and more complex, thus requiring an increasing amount of oversight from an information specialist. 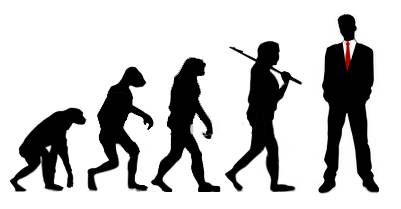 As technology improved, the speed at which information needed to be transmitted increased, and with that the importance of IT was also compounded. Let’s take a look at where IT started, and how it got where it is today.

The early “IT specialist” was essentially the computer nerd of the ‘90s. The IT department programmed new software for the company and played the technology watchdog by overseeing local area networks and making sure everybody had all the right software updates so their computer wouldn’t go up in smoke. Because of the responsibility of overseeing all of these networks and ensuring that data banks were functioning properly IT people were in constant contact with information from all of the disparate departments of their respective companies.

With the steady improvement of technology it became possible for corporations to track more and more data, to which IT departments responded by building tools to help users parse said data. These programs allowed IT specialists to gather vast amounts of data, integrate this information with the information from other departments, and let them construct a bigger more complete picture of exactly what was happening in their company. That meant that now IT people could now provide useful insight into where inefficiencies lay, which factors were to blame, and what might be done about it. This new role pulled them out of the “electronics janitor” role and placed them on the level of corporate consultants.

Once IT established itself as a tool for increasing efficiency (and profit) a technology arms race began. Instead of merely gathering data from various departments and examining internal efficiency, IT began to gather and analyze data from within the company, from vendors, and from consumers and integrating that data with market trends, news media, and social media (consumers again). The flood of money into gathering information from consumers led to the sudden explosion of the great social media networks, and ever since data processing has presented a greater challenge than data collection. Because of the unique grasp of information presented by IT professionals businesses can make more informed decisions about what type of resources are and will be required in the future, where scarcity will strike, and how to budget for different eventualities.

IT professionals are now involved in every level of business, and the resulting complexity has left many businesses scratching their heads. As a result a specialized IT industry has recently come into existence to which businesses outsource their IT departments. These businesses deal only in information technology. In order to gather data effectively they developed various types of “IT business management software” which serves to gather and process data automatically, which it then presents to the customer, neatly organized and ready to use.

Richard Turkel is a technology blogger who writes about business technology solutions.