As new technologies continue to emerge, the future of the traditional desktop computer is uncertain. Critics claim that smartphones, laptops, and tablets will rule the new era. These newer entries in the technology industry have achieved high sales in a short period of time. During this period they have taken a huge chunk off desktop sales. 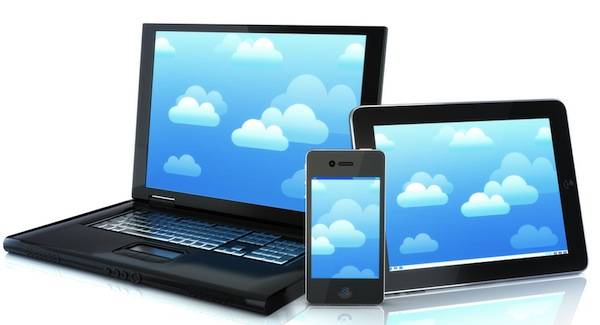 In this article, we will look into the technologies that are challenging the former dominance of the desktop computer.

Laptops provide much of the same power and storage capacity as desktop computers, and have the added benefit of being portable as well. Since their adoption in the 1990s, laptops have made up a substantial portion of the computer market. Stephen Baker from NDP Group said that desktops currently only account for 20 percent of the computer market, showing the dominance of the laptop in the consumer market.

Although tablets are not a direct alternative to personal computers, they have recently grabbed quite a lot of market share. Business Insider reported that the iPad makes up 11 percent of the personal computer market. For a gadget which does not compete to computers directly, this is a huge number. Bloggers and writers have already started using tablets as their primary computing device by connecting it to a keyboard. However, tablets lack the processing power to seriously compete with laptops or desktops at the moment, and they, as a product, are still in their infancy. The future tablets could easily house processors like Intel’s i5 and i7.

Clouds are a fairly new technology but have rocked the world of office desktops. The only thing desktops used to be adored for was their processing power and storage, but now data virtualization will eventually replace that. Clouds are providing free storage for up to 5GB and charge more for additional space. With time and advancements in technology, this price will go down. Techi.com predicted that, in the future, clouds would also be able to provide computing power so you would be able to access it anywhere.

Cloud gaming has also picked up pace. On-Live is an on-going project where you can play a game online and all the rendering is done on remote servers. So, now you can play a high graphics game as long as you have a device (i.e low-end PC, iPhone, Android, or Mac) and an Internet connection. In 1995 Steve Jobs told Wired that the future of desktop is dead. He argued that the Web was the future and eventually that hardware would specially be designed for the web – and here we are.

When Apple released the first iPhone, the mobile industry was ushered into a new era. And now mobile phones come with dual core processors and a wide range of applications to choose from. Now, browsing is almost as simple on a smartphone as on a desktop.

Smartphones are also a threat to desktops. The Ubuntu team has already developed Ubuntu for Android, which allows Android mobiles to connect to a LCD screen. You can attach a mouse and a keyboard to go with it. Although this needs a desktop to work, future developments might get rid of it, at which point desktop sales would suffer.

These four gadgets have snatched much hype from desktop computers. The problem, however, is that even though the desktop is declining in popularity, it is still alive and kicking, according to retailer PC World. Steve Baker explains that notebooks made up 80 percent of the computer market and since then desktop sales have stabilized at 20.3 percent of the US market in 2011.

Desktops provide an excellent price and power ratio, which is why it still is in demand by  gamers, internet cafes, and the business world. As more and more individuals prefer mobility over processing power, this may be set to change.

2 thoughts on “Four Threats to the Once-Dominant Desktop Computer”