Imagine your city to be hit by gruesome violence and its chaos everywhere .People around you are crying for help. It’s fire in the next apartment. People are mercilessly butchered. You are hurt and helpless, women are tortured in front of you and the violent group is roaming around looting whatever comes in their way.

Now imagine having armed men, a fire extinguisher, medical support, and volunteers at your place in the next few minutes, Can there be anything better? If there were arrangements for you to express yourself and seek help by posting the information online from your handheld devices about situation around you , Would you like that? 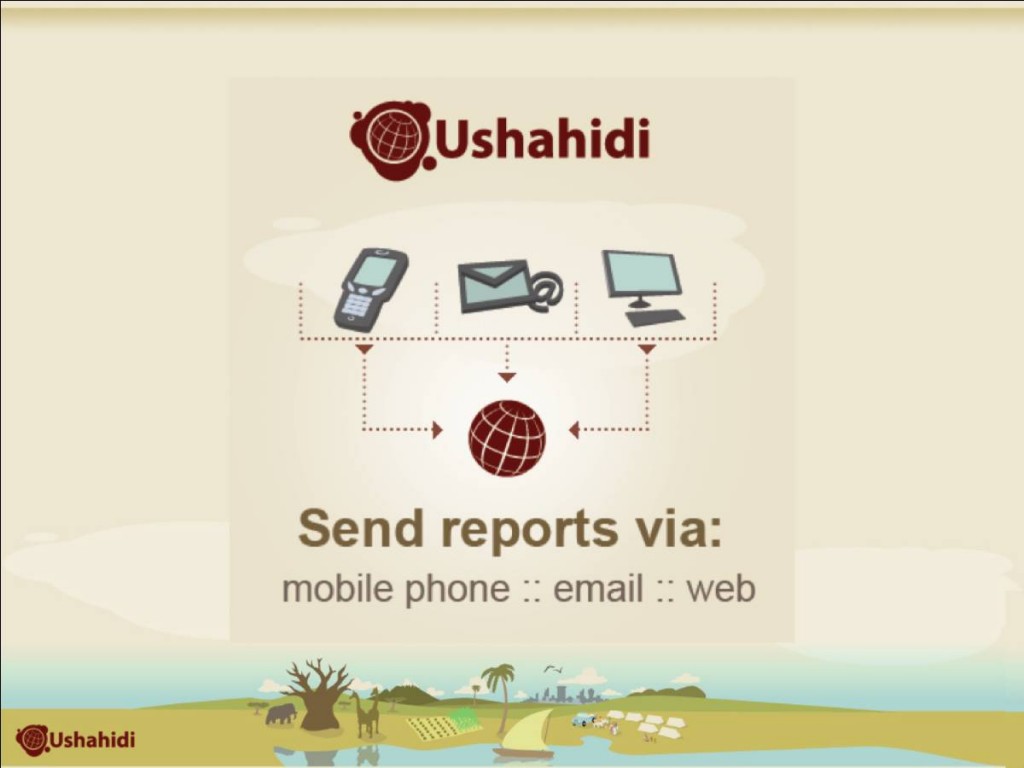 USHAHIDI has made this a reality .It is a free and open source software for information collection, Visualization and interactive mapping.

This crowdsourcing or social network for crisis management took birth during the crisis in post-election Kenya in early 2008. Later it was used by the news agency ‘al-Jazeera’ during the 2009 Gaza war.

The latter stages of USHAHIDI’s deployment gave a glimpse of another of its many uses: telling those who wanted to do something where their help was most needed. It transformed USHAHIDI into a potential crisis handler enabling effective utilization of crowd information to create interactive maps and allocation of resources for crisis management.

When Haiti was struck by an earthquake in January 2010, a Ushahidi map, backed up by a volunteer network that included Haitian-Americans translating text messages, was used by search and rescue teams to find survivors. Hillary Clinton said in 2010 that it had led a US team to a seven-year-old girl and two women buried under the rubble of a collapsed supermarket.

From its Kenyan origins Ushahidi has gone on to map the impact on communities of the BP oil spill, irregularities in the Nigerian election and Japan’s earthquake and tsunami.

The prime factor which has led to USHAHIDI’s success is its ease of access. Information can be posted in one of the following ways-SMS, MMS, reporting online through emails, facebook, twitter and any other digital format. Using the information gathered the graphics software creates an Interactive map that can be viewed in a smartphone or a computer screen.

Efforts are being done to incorporate USHAHIDI in most popular mobile platforms like the iPhone, Palm Pre, Windows Mobile, Android etc.

It is an open source project and hence any body can chip in their ideas and code to improve the USHAHIDI software. It shall be your contribution for global peace.

3 thoughts on “Social Network for Disaster Management – The USHAHIDI Way!”