Google Alarm is a plugin for Firefox and Google Chrome, was presented during an event for developers in Germany, just in Berlin. The plugin issues a warning every time Internet users accessing the sites monitored by Google. 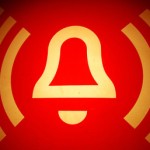 The tool was developed by Jamie Wilkinson owner sites Know Your Meme , which includes the phenomena of the Internet, and Mag.ma , aggregator of videos.

The plugin inspects the pages visited and the associated services such as Google Analytics, AdSense or YouTube . And warning, by the sound of vuvuzela, the user is visiting a page that allows the sharing of information with the search site.  But there is also the version of the plugin silently with just visual effects.

The plugin also shows what percentage of accessible sites that have installed Google services in its interface. The code of the plugin is open and can be improved by programmers worldwide.