We have become putty in the palm of the Internet’s big, shiny hands! As more of us are required to use computers daily for work, the Internet increasingly plays host to a multitude of distractions that entice us away from our duties with each simple click. Even if we try to work offline, the Internet and its treasures cast inviting shadows in the background. 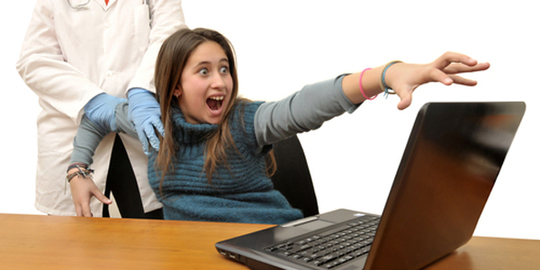 For some workers, the allure of the Internet has begun to have a negative impact on their concentration levels, making it increasingly difficult for to focus on work-related tasks.

Social networking sites, such as Facebook, Twitter, Instagram and Flickr, are some of the biggest consumers of our time, whilst email and multimedia sites that provide visual stimulation, like YouTube and Vimeo, also make us less likely to complete tasks one at a time. Unsurprisingly, students and people who work from home are the biggest victims of this concentration drain.

Attempting to restore concentration levels and increase focus and productivity in work-related tasks, is the aim of a number of new applications designed to keep our online behavior in check. SelfControl for Mac users and the PC-friendly Freedom are now the top disciplinarians of the app world, but developers are beginning to use technology in increasingly innovative ways to combat the charms of the Internet.

Despite the name, Freedom actually works by strict limitation: blocking all access to the internet for up to eight hours and thus ‘freeing’ the user from the usual trappings of the Internet and web browsing, so that they may work with greater productivity offline (this is slightly different to SelfControl which allows users to create their own blacklists of certain sites whilst they continue to work online). The only way for users to access the Internet while the app is enabled is to re-boot the whole computer, a consciously cumbersome process. Unsurprisingly, the US$10 program that can be installed on all laptops and runs even better on high-end ultrabooks, is the app of choice for a number of writers – a staple for celebrity authors Zadie Smith and Nick Hornby, for example. The effect of Freedom is encapsulated nicely in the words of The Sandman author Neil Gaiman: ‘it makes the computer something that has never heard of the Internet’.

Other apps aim to manage our online behavior, rather than eliminating it. Anti-Social is an example of a site-specific application that comes with a ready-made blacklist of the most popular social media sites and all the major web email portals. FocusWriter by Graeme Gott is an example of a task-specific application, again targeting those of us who need to focus on writing – be it for work or study. FocusWriter eases Writers Block by eliminating all distracting visuals on your PC for a set period of time. As an added bonus, users can establish their own writing goals measured by time or length of text. Apps like these are particularly popular since they allow users to define their own parameters, while the software enforces their rules.

One thought on “Self Control and the Internet”