At last Google I/O, the search giant announced its new version of Android with numerous optimized performance and improvements in appearance. Among all the new features, the most striking feature is the Project Butter, the name used to describe the appearance of the new system and screen transitions. The update is not available on several handsets – therefore, only few can confer it. 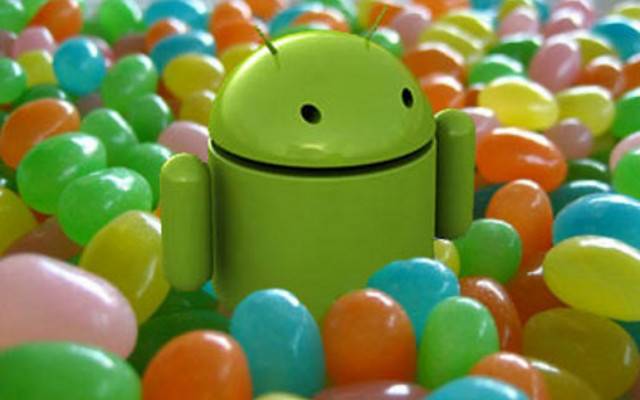 Anyway, see below for a list of new features of Android 4.1 Jelly Bean!

Google Chrome browser has become the default for this version, being considerably more advanced than those normally equip smartphones and tablets from other brands. Who likes the browser on desktop or even have the program installed in version 4.0 (Ice Cream Sandwich) will be happy to know that the browser has received the world’s most widely used performance updates in this new version, as well as important security fixes.

Since version 2.3 (Gingerbread) Android interfaces began to adopt very attractive, which in general was necessary to monitor bigger screens  and higher quality. On Android 4.0 (Ice Cream Sandwich) users were very satisfied with the visual system, and Jelly Bean version brings the same design, while providing improved performance and integration with hardware so it does not get too heavy.

A great example is the Nexus S, the first Smartphone from the company, while providing modest specifications currently (1 GHz processor and 512 MB of RAM), this new version can run with enough competence.

Besides the more modern look, the keyboard on Android is now able to quickly learn how to write for the language being used. The accuracy was increased to monitor the new generation of smartphones, which have larger screens and higher resolution, being more tolerant to typos. The conversion feature, speech-to-text is also improved, adapted to the language that the user is using.

Good news for those who like to share pictures and videos via Bluetooth, Android Beam allows the number of steps required to transfer any file type with another Smartphone is drastically reduced and is compatible with any device that comes with a NFC chip.

Developed for finding any specific answers quickly, Voice Search conducts research using the Knowledge Graph to bring answers to “What is the size of the Eiffel Tower”, “What was India’s GDP in 2011” or even “How much is 34 x 55?”. If you want further information, you can refer to reference where the Voice Search data were obtained.

A long awaited feature by users of Android, the Smart Updates allow updates to be much smaller. Who owns an older version knows that every time Google Play asks to update some applications, the users have to wait for several minutes to complete the update process, especially for those who usually use a 2G network.

With Smart Updates, only the portion of the application that is being updated is downloaded and modified, reducing the total time for a split of seconds, which is great news for anyone who owns a mobile plan with a low data usage.

These are just some of the updates in the new version of Android. The list continues and is quite long, including accessibility enhancements, system notifications, more advanced software camera, quick access to system settings and data to built control into the system itself, where you can select in which type of network a task should be performed – Wi-Fi or 3G/4G.

All tools developed by Google itself received updates to work in a more integrated Jelly Bean then Currents, Maps, Google+, Play Music, Gmail and YouTube will work more fluidly than compared to previous versions.

Most manufacturers will not update devices with system version 2.3 (Gingerbread) for the Jelly Bean alleging that these devices do not have sufficient detail to the new version. Interestingly, the Nexus S, which features modest settings compared to the current models, was promptly upgraded to Jelly Bean and the new version runs smoothly.