Every year Google rolls out the update for its Android mobile operating system. This year wasn’t an exception and brought to developers and users a bunch of interesting features that are totally worth their attention. In this article, we’ll talk about changes and innovations in Android Oreo from the developer’s perspective. 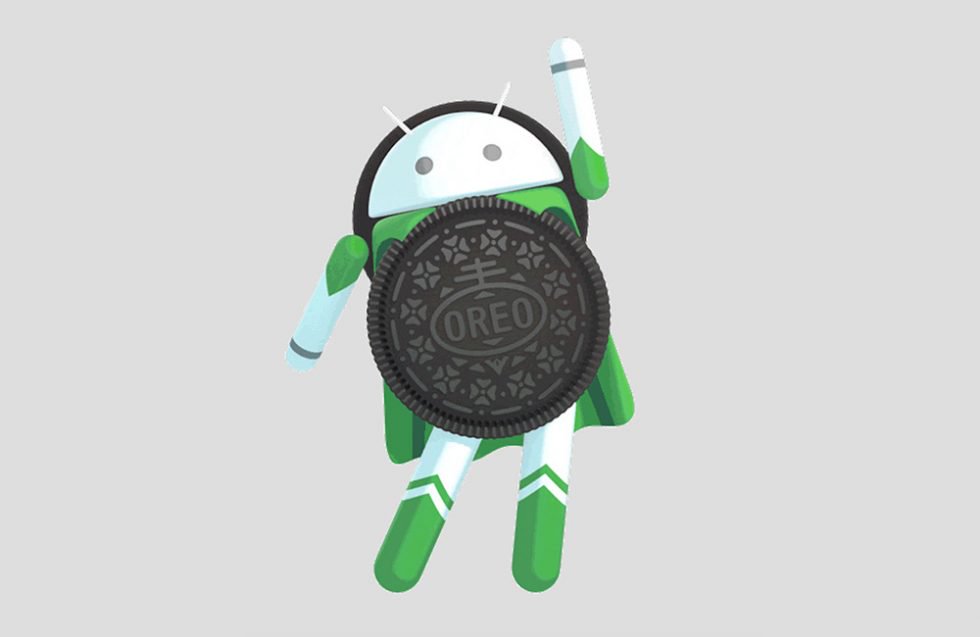 As you know, every next version of Android provides mobile developers with some work on the adaptation of their projects to recently released features or general changes. Let’s stop on this in details.

Android Oreo from preview to release

The last 4th version of Android O Developer Preview was released on July, 20. This version was targeted at developers in order they could track all the changes and start preparing updates for their projects so that they were ready to support Android Oreo right after its release.

With the help of Candidate Release, developers could see scheduled innovations of Android Oreo along with the latest bug fixes and optimization changes. The compatibility tests to already existing products were also possible through the provided API.

Participants of a beta program had an opportunity to try the latest preview on the compatible devices:

Let’s take a look at some other features of the 4th Developer Preview. 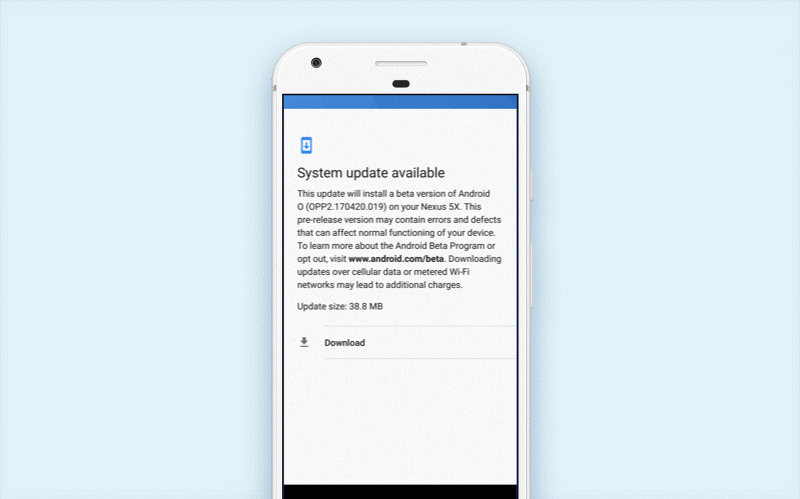 The 4th beta was available for installation not with the help of Wi-Fi but using files reflash via PC. That fact excluded the possibility of any data backup. So, users had to deal with setting up the OS from scratch.

The system of notification was seriously changed and may look strange at first glance. From now, notifications are mixed even if they’re from the same app that makes notification system looks a little bit chaotic. One more innovation there is that you are able to reply incoming messages by pulling its notification down.

App installation principles were changed and now apps should obtain the permission for downloading and launching APK files. Besides, apps aren’t able to use GPS if you won’t permit them it in settings. All these were made in order to achieve a better protection from malicious apps.

It’s time to check out some new things that Google added to its new Android version released on August, 21st. 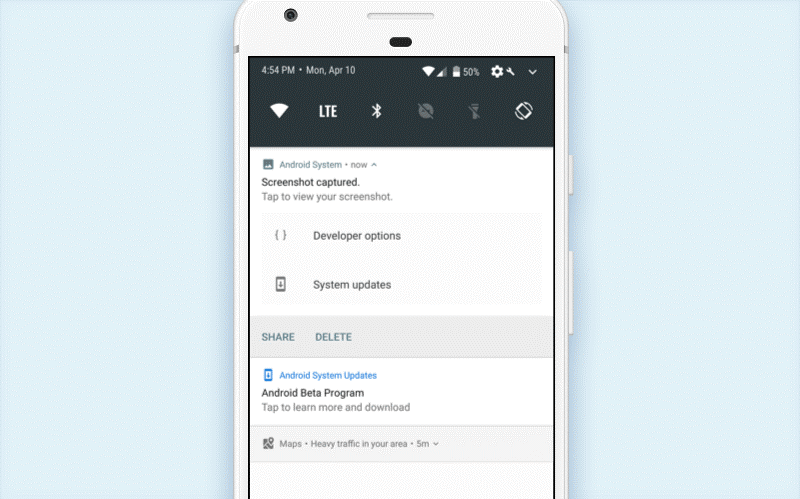 It’s got a redesign along with new functionality. If to take a closer look, you’ll see that the switches placed at the top got lesser size if compared to previous Android. New font for time and date makes this text smaller giving the space for additional Status Bar icons.

Starting from this version of Android, you’re able to switch off the notifications from a certain app. It’s enough tap several times on a specific notification and you’ll see a switch allowing to do that. Concerning Status Bar, as in the previous version, you should tap once to activate a feature (e.g. Wi-Fi, Airplane mode and so on). However, if you need to open a setting menu of a certain feature — just make a long press on it. 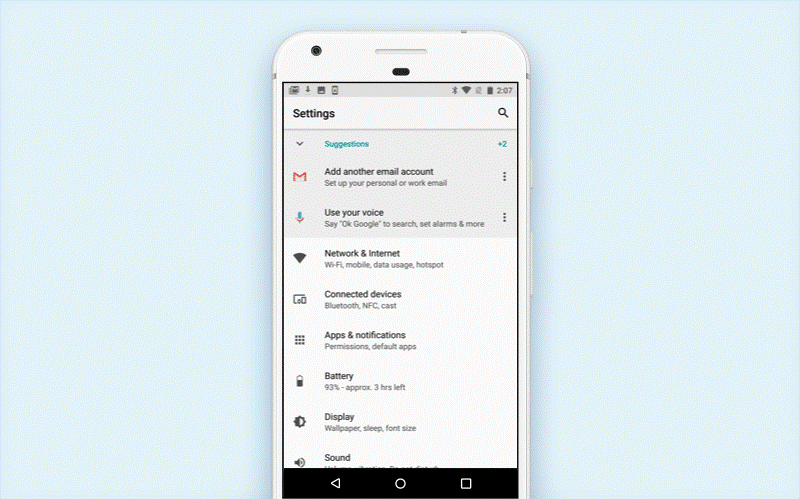 The first notable change is the new color scheme. The next one is related to replacing of some menu categories. Here is the list of categories which were replaced:

In fact, these categories were replaced with more convenient ones making navigation through this menu an easier thing. So, I think you’ll see that such categorization looks more logical even though it may take some time till you figure out where the certain settings were moved on. 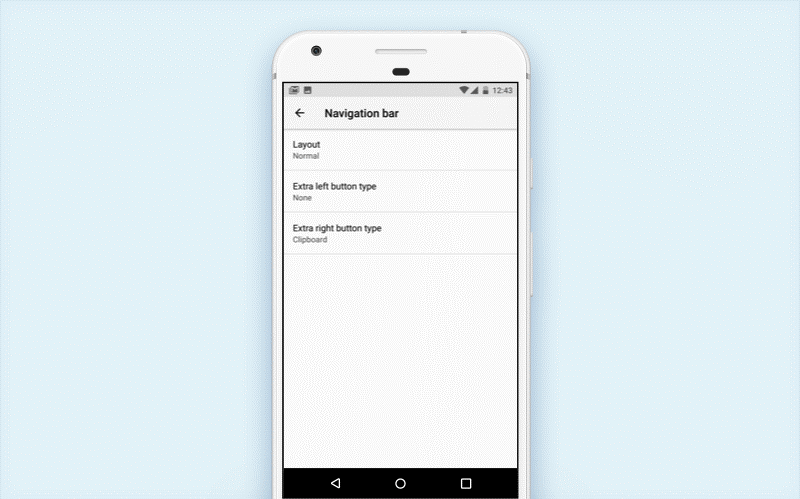 Android Oreo brings lots of interesting changes to navigation panel. With the help of a display feature, you are able to move the icons on the right or on the left which is the good news for owners of devices with big screens. Also, users can add additional buttons on the sides of the standard navigation buttons.

Android Oreo has a screen lock that’s quite similar to the one Android Nougat actually has. However, in the newest version, you can customize the lock screen with the help of UI Tuner. This way, you can change the icons that placed in the bottom corners on whatever will be really useful for you. 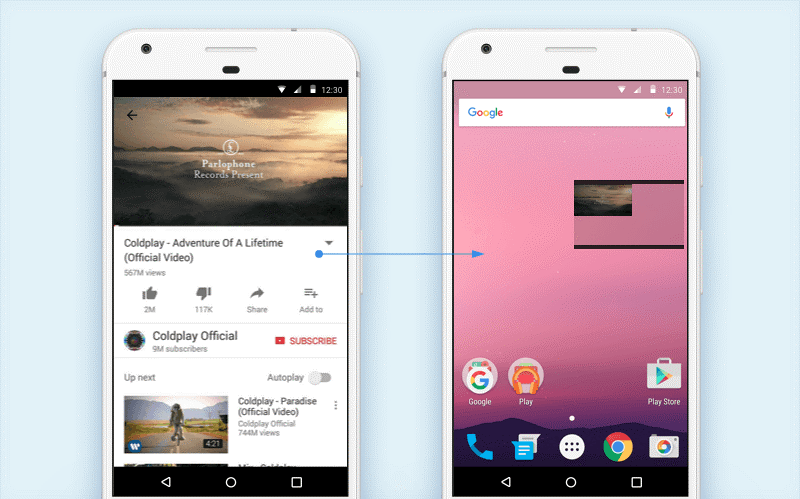 Earlier this feature was applied by YouTube app, but now all developers have the access to it that means they are capable of adapting their apps for playing video in a small window over other opened apps. It will support some control elements (e.g. pause, resume), while proportions of this small window for video can be set by mobile developers.

Now to get 50% zooming at once you have to just tap on a picture or photo twice. Except for this, Android Oreo allows switching between images by tapping without sliding requires.

In earlier versions when you were faced with the necessity to download an app from the third-party sources but not Google Play, you had to switch on in settings the feature called ‘Unknown sources’. From now, you should just permit an app which you’re intended to use for downloading APK to deal with third-party sources. For example, in order to download unknown APKs via Chrome, you need to switch on such an opportunity in this app’s settings. Respectively, such a step should be done for any app you want to use for downloading third-party APKs but only once.

This feature intended to manage and protect user data (passwords, usernames, addresses, and so on) in a more effective way if compared to previous Android versions.

Android Oreo definitely brought dozens of changes not only to functionality but design as well. In general, this system is evolving and improving from year to year becoming better for both developers and ordinary users.

It is worth to single out the extended customization features like control over notifications or personalization of a lock screen that appeared in this version.

This Article is contributed by Nataliia Kharchenko, a Technical Writer at Cleveroad. It is web and app development company in Ukraine that successfully implements various projects of any complexity.