Android beta was unveiled in November 2007 by Google. Google and the Open Handset Alliance, a consortium of 86 different hardware, software and telecommunication companies are dedicated to advancing a sweet and smart cell phone for their users. A number of updates have been released. 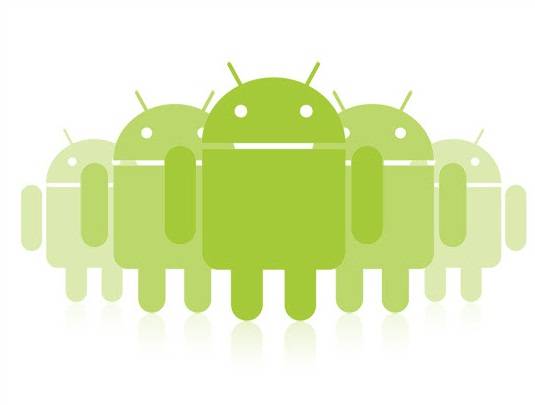 These were created to fix issues and add new features routinely for a smart phone which is becoming increasingly more popular daily. During the first half of 2012 400 million devices were activated, that equals more than a million per day. And in 2011 the Android was named the official cell phone for use by Pentagon personnel.

Each new edition was created and developed under a new codename based on a dessert or sweet treat, as the intention is to provide the user with a sweet delight. Cupcake started with 1.5 in 2009, and then graduated to donut, eclair, froyo (frozen yogurt), gingerbread, honeycomb, ice cream sandwich and then jelly bean.

Even though the cupcake was not the first version of Android, it is the first one with a sweet code name. This is the first to showcase the power of the platform 1.5. It was released in April 2009 and *API level 3.

This is the Android V1.6, released in September 2009. This version corrected earlier reboot errors in the previous operating system and added updated camera features while improving search integration. Our sweet donut also came around to adding support for a larger screen size and the first ever turn-by-turn navigation system by Google. This version has an API level 4.

October 2009: Android released the Eclair, version 2.0. This version was rich in features – not calories. It added an element created to fix previous bugs in December 2009 and also added Bluetooth 2.1 support along with enhanced camera capabilities and multi-touch support for live wallpapers. The API level is 7.

Froyo or ‘frozen yogurt’ version 2.2 was released in May 20, 2010 with an API level of 7. An improved speed was demonstrated by Android as Google browser Chrome was added, as well as animated GIF support, Flash 10.1 support, improvements in USB capabilities and WiFi.

This 2.3 version was released in December 6, 2010 with an API level of 9 – 10. Our gingerbread man allows for a host of additions such as download managers, compatibility with other devices and internet calling.

This 3.0 version was released in February 22, 2011 with an 11 – 13 API level. It allows for the running of an Android-based tablet called the Motorola Xoom.  Allows for video chat, multi-tasking with an action bar to access all your screens quickly and toggle back and forth.

This 4.0 version was released in October 19, 2011 with an API level of 14-15.  This version allows speech dictation, the ability to play back your voice mail at a slower speed, face recognition, a customizable launcher, and better camera features among many other features.

This is the most recent 4.1 version released July 10, 2012 with an API level of 16. It allows a host of new shortcuts, widgets and applications.

Stay tuned for the latest expected addition from Android, and enjoy the dessert tray they are steadily rolling out for smart phone users like you and me. The added bonus is that you  never have to worry about gaining an ounce!

*API is defined as application programming specification used as an interface by one or more software components to enable communication from one to another.

Which one of these sweet treats tickle your fancy more and have you come across any problems with any of the above Android updates?

Alan Rita is a content write and freelancer. She loves to listen music and travelling in her free time.