India is the fastest growing market for Facebook of all the major nations in the world, with more than 40 million users across the nation.

There are a number of reasons why India has experienced a faster rate of growth than other comparable markets. Firstly, India has recently experienced a huge growth in the proportion of its population online, meaning far more potential customers. Access to Facebook is often a major draw for people to get online. 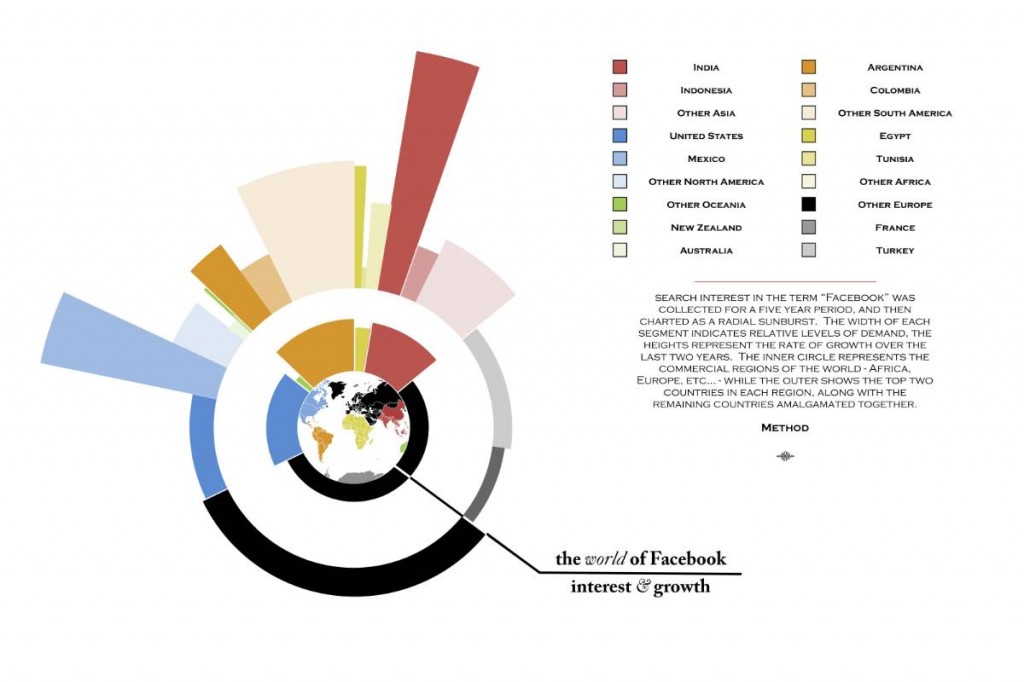 Another interesting reason regards Facebook networks, which control users’ privacy and what information they are able to view on other profiles. In most countries, users must join the network of their university, town or company. Consequently, the network of people to whom they are connected is relatively limited. When Facebook first expanded into India, the only available network was simply ‘India’. This meant that each user was connected to a very wide circle of people, and a lot of extra information. This gave the company traction in a market where the competition was increasing its privacy settings.

The growth was also aided by the increasing availability of the Facebook app for smartphones. In 2010, it announced mobile versions in six major Indian languages (Hindi, Punjabi, Bengali, Telegu, Tamil and Malayalam). With a daily usage exceeding Apple’s, the Android version of the app is the most popular, and also the first to include Facebook’s Timeline feature. The app is also available from BlackBerry, who launched the new BlackBerry 9790, also known as the BlackBerry Bellagio, in December.

With millions of Indians still not online, this growth can only continue – a study predicts 260 million mobile internet subscribers in India by the end of 2015. We can predict a continuation of the Indian Facebook boom in the coming years.