One of the most controversial, misunderstood, confused and debated in SEO Universe is the importance of PageRank. 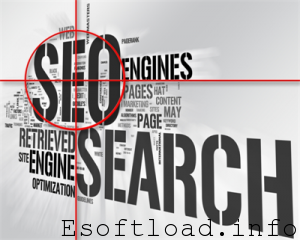 But let me be more specific here. When I use the term “PageRank,” I’m not talking about PageRank 0-10 logarithmic Google toolbar, which is nothing more than a “tool of vanity” and no longer has a direct impact on the ranking of a website. This fact was established long ago.

In fact, Google removed the data from Google Webmaster Tools PageRank in October 2009.

Text from Google itself: “We’re telling people for a long time that they should not focus so much on PageRank, site owners seem to think is the most important metric for them, and this is simply not true. We have removed [Webmaster’s Tools] because we felt it was silly to tell people to not think about it, but then show them the data, implying that they will look. ” (Source: Google Webmaster Central).

So what we’re talking about Page Rank?

When I’m talking about PageRank in this post, I am referring to the algorithm – one of the more than 200 signs that Google uses to rank web pages. Personally, I always thought that the importance of PageRank has been overestimated.

Why do I feel this way? Because whenever I do research, I always see that many times pages have PR 0 up in front of other pages that even have a PR3 or PR4 up – and this happens constantly! Make a test.

Also, I saw many website PageRank  decreased, while their traffic continues to increase. Even more: you can not control your PageRank, so why worry about it?

What should I focus on to have a quality blog?

It has been my experience that the best way to improve your rankings is to play by the rules and practices use common sense. This includes making sure your content is relevant to your keywords and your keywords are relevant to the overall theme of your site.

Now, let me say for the record, I’m not an SEO expert, despite having a blog about SEO, I am a scholar, a art lover.

That’s why I decided to write this article – to give the “true” facts about PageRank – not speculation or rumor. Relevant information presented in this article were gathered from U.S. sources and sites highly respected and recognized, top-level professionals and SEO Google insiders – people who know what they are talking about.
What the experts think about PageRank and its importance?

We end up going straight to the point, that is what Google itself says about PageRank:

“Do not bother thinking about it [PageRank] We only update the PageRank displayed on Google Toolbar few times a year;. This is our tip: for you to worry less about PageRank, which is just one of more than 200 signals that can affect how your site is crawled, indexed and ranked. PageRank is an easy metric to focus on, but only because it is easy does not mean that it is useful to you as an owner of the site.

If you’re looking for metrics, we encourage you to take a look at Analytics, think about conversion rates, ROI (return on investment), relevance, or other metrics really correlate with significant gains for your website or business. “(Source: Google Webmaster Central FAQ)

The head of Google, Peter Norvig, said that PageRank is an exaggerated term, and probably needs a new name.

“One thing I think is exaggerated is the term ‘PageRank’. People think you make that calculation in the web graph and then you just ordered all the pages for it [PageRank]. Yes, it is important, but it’s just one of many things. And people say, ‘You are lost if you do not have it. “Never felt this way. I never felt I was as big a factor. It has a name and name recognition, but we always look all available data. “(Source: Search Engine Land)

Here is what Aaron, author of SEO Book has to say about the importance of PageRank:
“PageRank is important for the conduct of indexing, but for rankings, is not nearly as important as it was before. SEO has become a much more refined art”.

16 thoughts on “How Relevant Is The PageRank For SEO These Days?”