Sure, social networking is fun, but can it also be useful? While we flock to Facebook, Twitter and Google+ to stay updated on our friends, post about the meal we just ate or make plans for doggy dates, the U.K. recently launched Just Visiting, a social networking site and forum that allows patients to connect with friends and family while also staying connected to those in similar circumstances. 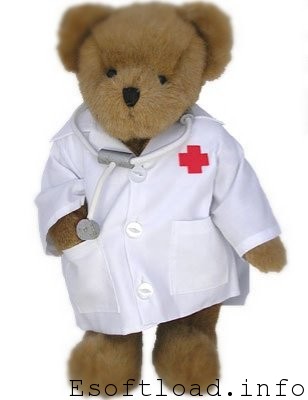 Just Visiting offers support and communication for those patients and their families in times where they need it the most.

Though social networking can seem superfluous, recreational and maybe even a substitute for human interaction, when used correctly, it can actually be an excellent way for long-distance communication to occur between patients and families for free and with greater frequency.

With medical care making national news and the need for cheap health insurance on the rise,  justvisiting.com comes at a great time as a forum for discussion and support about healthcare.

Thanks to the pioneers of social networking, Myspace and Facebook, we can now easily understand how to interact with others on the web, share our thoughts and stay updated.

The Path of Social Networking

Though social networking gained popularity with its overstuffed Myspace pages, often resulting in browser crashes and frozen screens, Facebook opened an avenue for social networking to be more uniform in appearance but customizable in every other aspect.

Facebook became a part of our everyday lives, an extension of our social lives onto the Internet. Over time, Facebook found a way to integrate businesses into our online networking experience by allowing companies to make pages. As users became used to interacting with the pages of their favorite companies, more and more sites and applications arose with the same purpose.

Applications like Foursquare promote the use of business in the social networking world, with some even offering discounts and rewards for visiting and “checking in” i.e. announcing to the world when you’ve arrived at a certain destination. Once a person checks into a certain place frequently enough, he or she can earn rewards either via the Internet or in person, depending on the business.

Social networking has become so widespread that users want to incorporate every aspect of their daily lives into the online experience. Twitter allows for quick updates about current activities, attaching pictures, or even checking in by using Foursquare. Spotify offers users the option to do with their music the same thing they do with their information and photos: share it all with friends. Users can create playlists with friends, look at friends’ playlists and browse listening history.

The Next Branch of the Path

Could healthcare be the next big ticket item for social networking? It seems that nothing is out of the grasp of the online world, and with the value of technology in the United States, healthcare could be the next major online integration project. As more and more aspects of our everyday lives began to be put online, what’s to stop the U.S. from following in the U.K.’s footsteps and doing just the same thing? With healthcare becoming an increasing issue, a networking site devoted to its discussion and support may be just what the doctor ordered.

Holly Watson is a full time student and TA studying towards her Doctorate in literature and writing. She is an avid runner, blogger and tech junkie.

7 thoughts on “Healthcare and Social Networks: The Next Big Thing?”