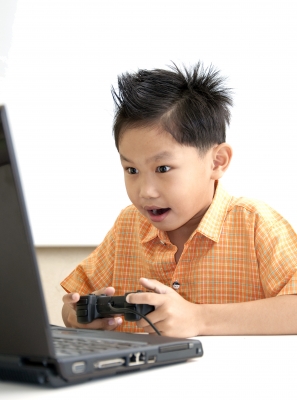 There are actually good reasons why you should give it a try. While it is true that mobile gaming has a multitude of advantages, there are also advantages in playing your mobile game on a bigger screen, with a mouse and a keyboard.

Before moving on to the reasons why you should consider playing mobile games on a PC, think of the following, facts:

With these considered, here are the reasons why it makes sense playing mobile games with your desktop or laptop computer instead of doing it with your smartphone or tablet:

Who doesn’t like playing games on a bigger display? If you have Angry Birds in HD, don’t you think you’ll enjoy it more if you have a bigger space to pull that sling and throw those birds? Many games now  come with stunning graphics and outstanding game physics that it would be a waste playing them with a 4-incher or 5-incher device. You can appreciate those vivid and colorful graphics more with a bigger display. Try HD Subway Surfers for PC and notice how you get to see more details and a lot more action when you don’t have to cover the screen with your thumbs.

Some people are just more used to the mouse and keyboard setup. Besides, there are many games that don’t really need touch displays. They may even be played better with physical keyboards and a mouse. If you are one of those who have been accustomed to the desktop computer setup, you will probably like it more playing mobile games on a PC.

Sometimes, using the mouse is better than using your fingers especially when you are playing with games that require precision. For instance, if you are playing adventure games, it will be easier to pick items, point directions, and track game details when you are using a large display and having the more precise pointing capability of a mouse.

Ever had issues with games that lag? You will likely not encounter them once you play a mobile game with a capable desktop computer. Stutters can ruin game enjoyment so if you want smooth gaming, try playing games on a PC. Also, you can avoid any heating problem you would usually experience with a mobile device when you are playing games that demand a lot of processing and graphics rendering power. PCs, after all, still possess more capable computers

Getting yourself cut while you’re in the most thrilling part of your game because of a drained battery is definitely frustrating. If you play on a PC, you won’t be having battery problems. You don’t have to pick a charger every once in a while to enjoy marathon gaming.

With a mobile device, you can run multiple applications simultaneously but you can’t see multiple windows at the same time. Some devices can split windows but are unlikely to support the splitting of windows for a game and another application. With a PC, you can view more programs and switch through windows easily as long as your processor and RAM can handle it.

Play one of your favorite mobile games with a PC and find out if you can have a better experience. There is no guarantee that you will enjoy it but there’s no harm in trying. The possible advantages are definitely worth checking out.

Keyna R. is an avid writer and a pro gamer. He loves to write about anything and everything under the sun ESPECIALLY about gaming.