Are you looking for a new game to play on your mobile device? We are putting together list of most interesting and popular games that run on every platform, no matter what device you have. 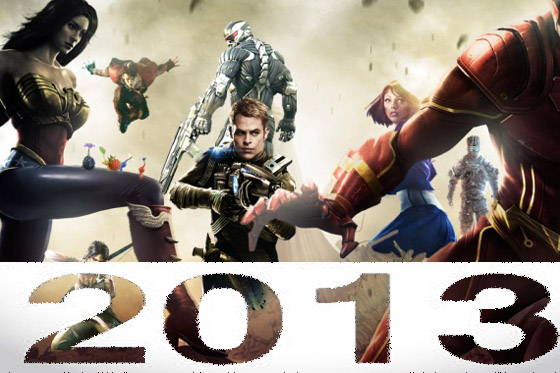 So, all game-lovers get ready to catch your favorite game and play on your device.

“Run In Crowd” is one of the most interesting racing games that can play with other players to win the new world. The most interesting thing added in this game is you can play new world each day. Players have to tap to jump and double-jump. To win this game, you have to run longer distance by avoiding problems. This free game is available for your iOS, Android and BlackBerry device.

An endless running game, Temple run is one of the most addictive games available for iOS, Windows, Android device. Excellent graphics, new organic environments, obstacles, achievements, special powers, bigger monkeys, everything makes this game more exciting to play. Both the version of this game is best to play. If you love to run, jump, slide and turn then you surely love second version of game. Players have to run through zip lines, perilous cliffs, mines and forests to catch idol.

Angry Birds, Angry Birds Seasons, Angry Birds Rio, Angry Birds Space and Angry Birds Star Wars are the five most amazing version of this game that should be played on Mac, Android and iOS platforms. While playing this game, players have to save Angry Birds from the greedy pigs by using unique powers to wipe out the pigs’ defenses. Being a challenging physics-based gameplay, it requires logic, skill, and force to solve each level.

A physics-based puzzle video game, Cut the Rope is one of the marvelous creation of mobile game development that runs on all platforms like iOS, Android, Symbian, BlackBerry, DSiWare, Mac OS X and Windows. There are four version of this game, i.e. Cut the Rope, the sequel Cut the Rope: Experiments, Cut the Rope: Time Travel and the latest is Cut the Rope: Lattern Box that released on April 2, 2013. Each stage of game will complete after you feed candy to a little green monster named Om Nom along with collecting stars. One of the best things about having this game in your device is it constantly updated with new level and amazing animations that bring excitement in playing.

Co-developed by Kiloo, Subway Surfers is another interesting running game that designed with “World Tour” theme. While playing this game, you will see cities like Rio de Janeiro, Rome, New York, Sydney, Tokyo and Miami. Along with Jake, Tricky and Fresh, you can play this game on your iOS and Android platforms to help them from the grumpy inspector and his dog. This game has designed with fabulous HP graphics, grind trains with cool crews, etc.

This is one of my favorite games available for Android and iOS. In this game, player finds Granny Smith, who loves his apples; however thief is theft from her valuable garden. Now, player has to help Mrs. Smith to get her apples back before the thief does! One of the amazing things about this game is Mrs. Smith, who is doing amazing stunts, jumps and slides to catch the thief. While playing this game, you have to go through 57 hand-crafted levels in 4 distinct settings. Just ensure to land on the feet, otherwise you lost your collected coins. Above, I listed some of the top and most downloadable games that run on various platforms. If I forget to add your favorite game, feel free to share in our comment section.

Jullie Roslin is a content writer, specializing in mobile game development and anything tech related. She loves to play games and like to share interesting games among her readers.