It is hard to believe that the etch-a-sketch led to the production of an entirely new method of digital display, although at the same time, comparing e-ink with an etch-a-sketch would be like how creating the wheel led to the invention of a car. 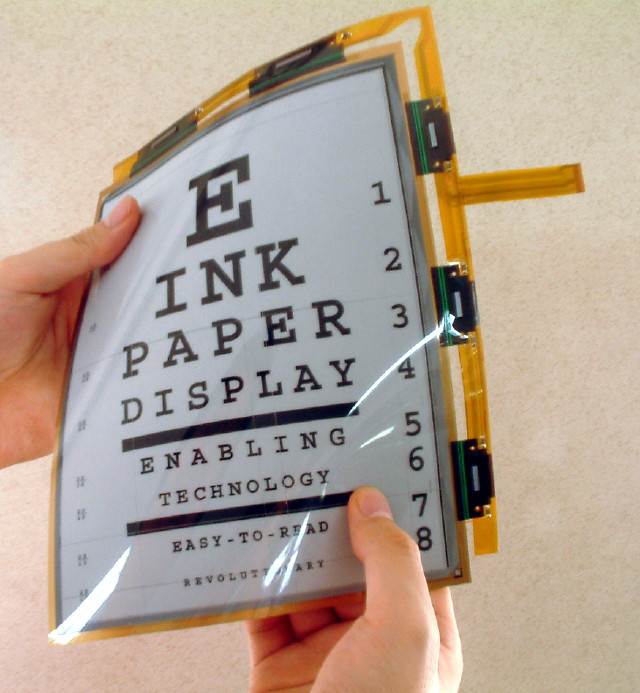 There was a long process along the way, but eventually through game systems and trial and error, we finally ended up with tablets and e-readers that used the electronic ink process that mostly started with that famous child’s toy.

What is Electronic Ink?

Otherwise known as E-ink, or if you are really into your sciences electrophoretic ink. This ‘ink’ is actually a merge of chemistry, and electronics together through the use of tiny microcapsules that contain charge particles. For white and black E-ink screens we end up with the positive and negative ones being opposite colors, and by applying the right electric field it will make it rise or sink to the top of the screen providing a black or white look. As you can imagine, that means when there isn’t a field, whatever was last on the screen still stays there, this often creates the echo effect you might have seen with etch-a-sketches if you left them as one thing too long before shaking them.

This whole process manages to create a digital screen without glare and in a manner that is incredibly similar to paper. And for those interested, color is done much the same way, but with a lot more microcapsules of fluid and charged particles in combination with a back light most often to provide vibrancy.

Considering that the images in E-ink will stay as they are when a current isn’t running through them, this also means they are a stable image that only requires a power source when there is something changing on the screen. This means compared to an LCD which consumes power at all times when it is on, the E-ink display actually only consumes power when changing the screen. This isn’t helpful for when running movies, but in cases with reading documents or pages you only burn a little energy every minute or two and end up extending the life of your battery for quite some time. This display is known as a bistable display, due to it not always being stable.

E-ink is also known as a reflective display though as well. This means that it works off reflecting light already active in the environment, rather than generating some through a back light like most LCD. Recently color e-ink has been utilizing a back light system though, which has moved it toward emissive displays, this is mostly due to the fact that color is rather dull with reflective displays and the back lights add an intensity most people are used to on digital displays.

The Use of E-ink

As we move into a more digital world, we start to discover that digital ink is replacing the normal ink toner we’ve come to know. Recently, advances of using E-ink in phone keypads to alter their numbers when you flip it open a different way have appeared, as well as the use of clock faces in watches with flexible e-ink screens to create watches that use very little power and only every minute.

This is just the beginning of the E-ink world. We are likely going to see every interface, from billboards around town to scales we weigh ourselves on using e-ink or some digital system. So we better get used to what E-ink offers us now!

Brian Prowse is a writer and self-proclaimed tech geek. When he's not writing or playing around with the coolest gadgets on the market, Brian enjoys traveling and graphic design.

One thought on “All You Need to Know About Electronic Ink”