Wearable technology is coming to roost everywhere, and it might well be coming to the workplace as well. Sure, there might be data boards in centrally located areas that display data that you need to work; the same data might be available on the smartphone in your pocket. But if you’re a stockbroker, dependent on up-to-the-half-second data, then using a wearable such as Google Glass, with a heads-up display presented in front of your eyes, might come as a boon. 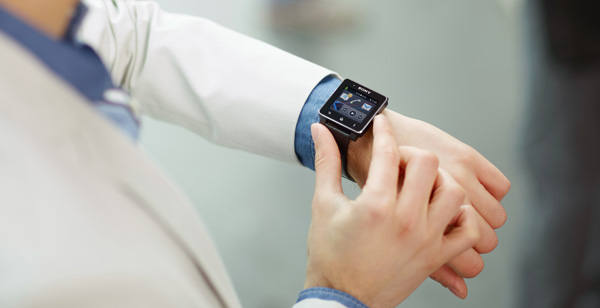 After all, data won’t help you if you can’t see it when you need it.

There are many situations in which this trend can come in quite useful. Here are a few of them:

Wearable technology is also an asset for the aerospace and defense industries, where the safety of troops and workers is always at the top of the list. Speaking very pragmatically, wearable technology — again, such as Google Glass or something similar — can be an asset in very complex and rapidly changing situations, since it allows people to have both hands free while at the same time reporting back to headquarters what they see. There are no cables trailing behind, thus making a retreat quicker, if need be.

In a more everyday work environment, wearable technology can be linked to your email alerts, or even simply logging your in-time and out-time. Like email can be seen on your smartphone, you can get a simple notification that an email has come from a particular individual. You then decide whether to read that email on not. Wearable technology can be used very effectively to alert a person – to join a call, to answer an email, or make some data available instantly.

Samsung is in the wearable game; so are Google, Motorola and Microsoft. Inevitably, Apple had to join in as well. As usual, the company is notoriously tight-lipped about what their plans are. Economic Daily, a Chinese media firm is describing not simply one iWatch, but three of them when they actually come out. Launch is expected near the end of the year.

The report’s word seemed to focus mostly on the iWatch’s size, which ranged from 1.6 to 1.8 inches; elsewhere in the blogosphere reports go up to 2.5 inches. Some of the models are purported to boast a sapphire crystal screen; all of the models will rely on a compatible iOS (version 8) device for functions such as messaging, notifications, and voice calls. It will be able to perform some tasks on its own, however, perhaps most notably many health-related measurements, such as heart rate, sleep quality, calories burned, steps taken, and more.

Of course, wearables are still in their nascent stages, and many of their uses haven’t even been dreamed up as yet. What we will do with them will really depend on what happens with this first generation.

One thought on “Can Wearable Devices be Used in a Business?”