The search engines have almost become the cornerstone of society. They are becoming increasingly powerful, providing us with so much knowledge it’s incomprehensible; millions of results within a split second. It is a very competitive market, leading the search engine providers to continuously improve the experience and functionality of the engines. Nowadays they have become much more than just search engines with providers offering services such as shopping, finance, document exchange and translations into other languages. But of course, it’s never enough and here we look at the latest efforts of the providers to get ahead of the competition. 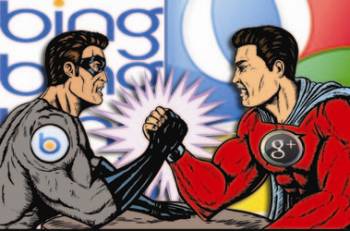 The ever-present Google have taken another step to effectively stay ahead of the rivals by trying to introduce ‘more human’ search results. The new function, known as the Knowledge Graph, will make the site’s algorithms act “more human,” the site has said. The feature will initially be available to US-based users, but will eventually find its way across the world.

Until now, the Google search engine has only been able to match keywords entered, rather than understand the context. Amit Singhal, Google’s senior vice-president of engineering explains that the words “TajMahal” could mean different things to different people. Google has said the function has been programmed to use around 3.5 billion different attributes to organise results, meaning it could now group results according to those various alternative interpretations. For some searches, Google will automatically pull up a summary box with key information on that topic. The next step, Mr Singhal said, is to look at how the site can answer more complex questions, such as “What are the 10 deepest lakes in Africa?”

Microsoft has also revamped its Bing search engine with a similar function, by using advice from Facebook and other social media platforms. The move involves the introduction of a new sidebar which seeks to connect users with friends and other enthusiasts who can provide help, dubbed Friends Who Might Know. The firm says it is based on the fact “90% of people consult with a friend or expert before making a decision.” “Bing suggests friends on Facebook who might know about the topic based on what they ‘like’, their Facebook profile information, or photos they have shared so you can ask them about relevant experiences and opinions,” said Microsoft on its blog.

In an attempt to bring your mobile devices, PC’s and laptops to life, as well as declining popularity of their search tools, has prompted Yahoo to develop Axis, which offers visual results as a string of webpage previews rather than a list of links. Again only available in the US for now, the service is initially being released as an app for Apple’s iPads and iPhones, and as a plug-in for web browsers. “By supercharging the browser with a visually rich search experience and seamlessly connecting that experience across all of your devices, we are delivering an experience that will change the game,” blogged Yahoo’s special products management director Ethan Batraski.

5 thoughts on “Battle of the Search Engines”