After the successful launch and soaring sales of iphones all around the world, speculations are on rise that the mobile giant Apple is now secretly on creating curved glass iwatches. Amidst rumors, one of the most renowned new daily brought a report stating that Apple is working toward the plan to launch iwatches. 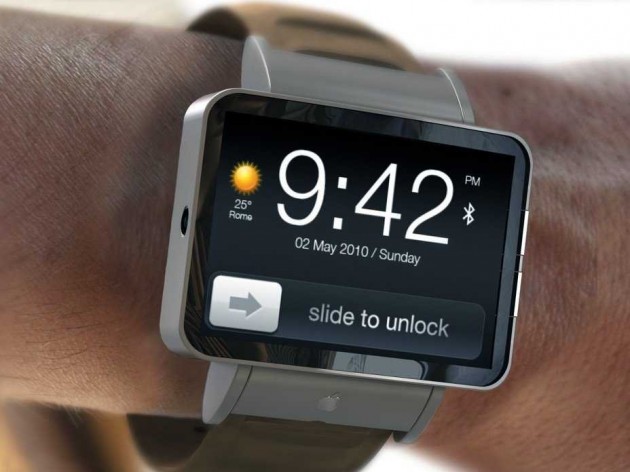 In the recent New York Times blog Nick Bilton claimed that his sources confirmed that initial planning is going on for launch and design of iwatches.

Features that are speculated in Apple’s iwatch

Apple has become the top most and favorite mobile technology company because of its innovation in field of touch screen mobiles. Most of the urban population all around the world is iphone customers and using the product day and night. With the unique design and creative features Apple keeps its nearest competitors at the bay.  Thus with the rumors of iwatches on the way, everyone is busy speculating the features and design. It is been supposed that the iwatch would be based on ios operating system and it would come with a crystal clear glass that will easily curve around the wrist.

Experts suggest that Apple is planning cleverly on the features of the iwatches so to beat the competition from a tough competitor like Google. Also the features are designed in a way to combat the existing pebble smart watch The Company is mainly working on the glass, to make it neatly curve around human body. The iwatch is made with a map and siri personal assistant so that it can navigate the direction like a GPS in the phone. The app would have some internal memory where you can store the directions for future use. Apple is thinking on to introduce the health monitor in the iwatch so that it can track the health condition. Once the app is switched on, it will monitor the vital body signs such as body temperature, respiration rate, blood pressure, heart rate and calories burnt. With this cool feature it also tends to capture the market of health care portable devices. Bilton also added that the iwatch would enable the users to pay their pending payments via Apple’s passbook software and will help the customers to read and write email messages with social networking facilities. The Apple’s iwatches sets to bring a new revolution in market of latest gadgets and gizmos after their touch screen iphones.

The report also suggests that the glasses which would be used in the manufacturing of iwatches would be supplied by the renowned glass making company, Gorilla. This glass making company has recently claimed that they succeeded in making a bendable glass that neatly bends around the wrist without any wrinkle after a decade of experiments.  This emergence of flexible glasses might have inspired the mobile giant Apple to come up with such an innovative idea to launch iwatches. And according to the CEO of Gorilla glass company the world is going to be inclined towards the power of glass indicating the possibility of emergence of iwatches.

Deepika is a Commerce graduate from University of Delhi and currently working with KPMG. She like sharing her views via writing content on various subjects, social media, technology, blogging, leadership etc being some of those.