Open Source Software (OSS) has been around for quite some time and there is an increasing trend in their adoption in enterprises of all types and sizes. The growing adoption rate can be largely attributed to the increasing pressures on organizations to stay lean and mean during an economic slump. The costs of using proprietary software can add up over time and add pressure on a company’s bottom line, especially in the case of cash-strapped organizations. The cost factor is one of the prominent reasons validating the use of an OSS infrastructure, although there has been a question mark over whether adoption of OSS really reduces Total Cost of Ownership (TCO). Conversely, there can be no denying the fact that it enables organizations to reduce upfront costs. In a service oriented architecture, its adoption has proved beneficial as organizations can absorb continual cost of OSS while benefits are being realized over several years. The average computer user, however, is fortunate to enjoy the benefits of applications like Mozilla Firefox, Linux and OpenOffice without so much as fully understanding the meaning of Open Source. 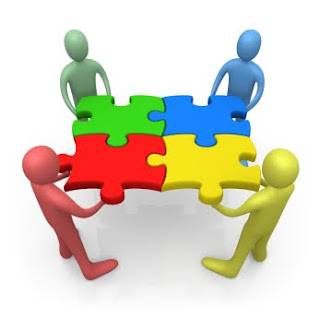 There are many open source programs, some still in their development stage. A few of popular programs like PHP, Mozilla Firefox, Thunderbird, and OpenOffice have seen improvement over time and has robust coding and user-friendly interface.

When we talk about the benefits of OSS, it invariably gets compared to proprietary software, as the former came into being as a result of limitations and resistance associated with the latter.

As open source programs do not require licensing fees, it significantly reduces costs of software development. The only expenditures one has to incur are for documentation and support.

OSS is made possible by the concerted efforts of thousands of programmers across continents, who help develop an application that sustains itself through peer-review and constant value-additions made over a period of time.

By making the source code available to public, OSS authors easily win the trust of people. On the other hand, users are forced to trust the claims made by closed-source software vendors with respect to adherence to standards, flexibility for future changes and security from unforeseen threats.

It has been proven that OSS is far superior in quality and performance when compared to proprietary software. As OSS users are themselves developers, they know their exact requirements, which helps them in providing end-results that are closest to what users want.

The availability of source code makes it possible to make any number of changes to the codes. Open source support is freely available through online communities and forums. Since OSS allows users to understand the software as programmers, necessary corrections to the software can be made as often or whenever it is required.

Bugs can be easily identified and fixed. As there are thousands of developers working on one single application, errors in programs can be quickly spotted and rectified.

You can change the code to suit your needs. Minor tweaks or modifications can give you a completely customized software tailor-made to your needs.

In a recessionary economy, when the name of the game is cost cutting, use of open source software in conjunction with the business strategy of outsourcing, especially supplementary functions, such as data management, goes a long way in solving enterprise-wide problems that are tied to the negative repercussions of recession.