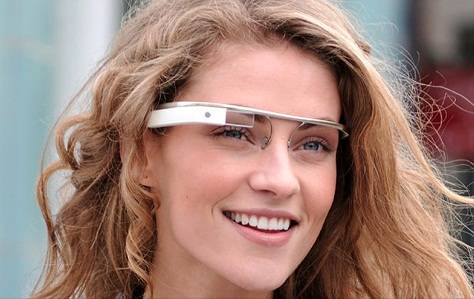 Augmented reality has been a subject of fascination by many, and has made Hollywood billions of dollars. But it hasn’t stopped in the cinema, as it is a human desire to bring things that have been stuck in the realms of science fiction to life.

Behind closed doors, a few organisations have trying to bring one aspect of the augmented world to reality; augmented glasses. Remember the view through Terminator’s eyes? He had the ability to scan, examine and decipher objects and people, using built in computer technology.

Unsurprisingly, Google have been in on the action and have recently patented the design of its augmented-reality glasses, known as Project Glass. This is to add to a further two patents they have for a “wearable display device”, with references to such functions as displaying data in front of the eyes and playing audio. The glasses over the eyes are effectively scaled down monitors.

In another similar project being run by Google, Google X, a demonstration appeared to show a person wearing glasses with a partly clear glass over the right eye. These glasses were capable of taking photos, displaying information about the surroundings, communicating with other people and surfing the web.

The spotlight was thrown on their work when co-founder Sergey Brin sported a prototype of one of the glasses at a fund-raising event. He declined to let anyone else have a go.

Oakley have been known to take a step on to the wild side, with glasses that have earphones which play music from the built in MP3 player. So it came as no shock to discover that they were also in the race targeting athletes and other sportsmen.

Chief executive, Colin Baden, has confirmed Oakley have been working on the technology for 15 years and had filed around 600 patents. He said that they wanted to develop a self-contained unit that could communicate with smartphones.

We are still some way off from a commercial version of these glasses, however, and as with all other ideas of science fiction, it’s the technology that’s holding us back. The technology required is just not cheap enough yet and still requires an external power source, separate from the glasses.

Baden has confirmed that it is likely the US military will be the first customers of these products, which will put them in direct competition with Innovega. It has been reported that the Pentagon has signed an order for prototype double-vision contact lenses, which have been developed to work alongside a special set of glasses. The iOptik arrangement enables the user to focus on information projected on to the lenses as well as more distant objects at the same time.

Technology is advancing at an exponential rate, from 3D printers to smartphones which can turn on your oven and cook you dinner to dell latitude laptops, and it is therefore likely that we will see these glasses being worn by the general public in the not too distant future.