As every year, leading companies begin to disclose their technology predictions for 2012. IDC released a list few days ago and the Gartner Group also released a list. Both are based on market analysis prepared by experts of their respective companies. 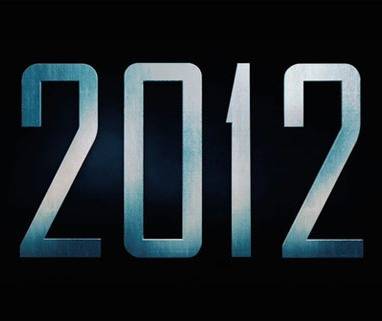 Check out technology trends made by them for 2012 and future years.

IT will move to more Money

IDC forecasts that in 2012, the worldwide market for information technology will move to more money about 7% than in 2011. The expected growth is similar to this year, estimated at 6.9%.

The total to be invested in IT in the world, 28% will be spent in countries. And China should overtake Japan in IT spending.

By 2016 at least half of the users of corporate will read e-mail and write their messages on a tablet or other mobile device, says the Gartner.

Applications for smartphones and tablets will increase

For the IDC, the Kindle Fire, Amazon’s going to win 20% of the market tablets in 2012. It is a remarkable figure for a company that just reach that market, where there are already consolidated as the leading Samsung and of course Apple.

The mobile world at war

In the analysis of IDC, 2012 will be a decisive year in the battle of the systems furniture. Android should continue in the lead, followed by iOS. And the year will be crucial to Microsoft, RIM and HP, which should return to the dispute.

For the IDC, the success of Windows 8 tablets is crucial to Microsoft. But that depends on the company to purchase or make an alliance with a content provider in the cloud, like Netflix.

The money goes to the cloud

For IDC, cloud computing will grow four times more faster than the IT market in general. In 2012, the cloud services should move more than 36 billion dollars. This market will be disputed by Amazon, Google, IBM, Microsoft, Oracle, Salesforce.com, VMware and others.

Applications will also move to cloud

In Gartner’s accounts at the end of 2016, more than 50% of the thousand largest companies in the world will store confidential data of customers on cloud computing. This should increase the security concerns. 40% of companies will require independent  testing security by hiring these services.

By 2016, the financial impact of computer crime will increase to 10%, Gartner says. The reason is the discovery of new security systems failures.

The services include energy surcharge

By 2015, prices for 80% of cloud services will include a global energy surcharge, Gartner predicts.

The mountain of data grows

The volume of digital data on the planet will grow 48% in 2012 reaching 2.7 zettabytes (about 2.7 sextillion bytes), IDC estimates. For 2015, the expected volume is 8 zettabytes.

Big day will be a challenge

The analysis of large volumes of data, known as the big date, will be on the radar of companies in 2012. But by 2015, only 15% of the largest companies will be able to exploit this technology to take competitive advantage, Gartner says.

Amazon will join the club of companies with revenues exceeding $ 1 billion in IT, IDC said.

For Gartner, there is an investment bubble in social networking and it will explode in 2013. In 2014, it will be the companies that develop social applications for businesses, an area where the experts see another bubble being inflated.

10 thoughts on “Technology Predictions for 2012”