When it comes to technology, we have traveled a long road since the vintage era of ‘Abacus’ to the present age of smart phones. We have even surpassed the age of floppy disks to develop USBs and portable hard disks.  Similarly, Artificial Intelligence (AI) has been a concept that has fascinated humans for a long time now. Artificial intelligence can be defined as a sophisticated combination of hardware and software databases with a knowledge processing system, designed to replicate human decision making. 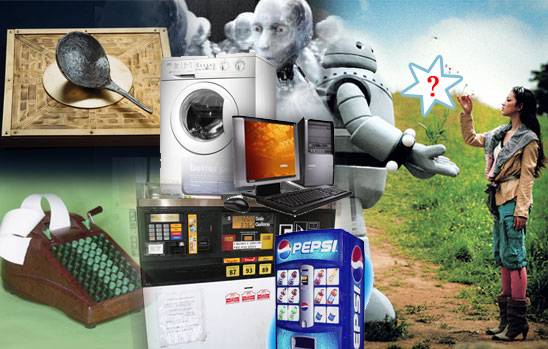 Within AI there are many fascinating concepts and ‘Robotics’ is one of them. Robots are computer controlled mechanical devices that are utilized in performing high precision and hazardous tasks. Since many years, researchers have been trying hard to find a way using which AI can be successfully used in robotics to create a machine with an intelligence level of its own. Intelligence is considered as a natural conscience that has been promoting human evolution from time to time. Can intelligence that we humans naturally possess, be used with robotics to create something extra-ordinary?

Many researchers have even suggested that soon there will be a time when machines will start evolving automatically and reach an intellect much superior to that of a man. One of the such researches is that of “Technological Singularity”, which suggests machines will soon be able to think on their own. This research popularized by ‘Ray Kurzweil’ was however criticized by many for lacking conviction and credibility.

If a robot is to learn from experience or from mistakes then that will require a neural network brain equipped onto it. Researchers believe that AI equipped in form of a brain within a robot will offer him the capability to devise strategies on it’s own. However, this theory also suggests a possible ‘knowledge explosion’ that is machines surpassing human intelligence level. The theory of ‘Technological Singularity’ fails on many grounds and one of them is ‘logic’. Human logic is often occupied with imaginative objects like underwater city, domed city and many more that are yet to find any place in the real world.

Concept of ‘expert system’ in AI allows a programmer to insert certain ‘if-then’ commands based on anticipated situations. It is based on these commands an application runs but the ‘learning’ factor was still missing. ‘Constant evolution’ and ‘learning’ have been two of the main factors that separates humans from a robot. We learn from our mistakes and develop several ways of performing a given task easily, which is why we are the most evolved species present on the planet. Researchers believe that AI in robots can save human from the burden of programming expert system in a robot again n’ again based on tasks to be performed.

Application of AI in current scenario

Artificial Intelligence and robotics today, are being used in nearly all fields of human endeavor. Their main role include combining computational power and precision with human logic to fulfill arduous operations in a much effortless manner. Robots have already replaced us in many industrial and management areas that are beyond our ability. Here are some of the major fields that are currently using AI and robotic technology:

Major industrial units that we have today, have automated their work process in such a manner that major operations are being carried out with minimal idle time. Such industries include machine tool manufacturing units, computer chip generation industries and other Technical Units. The concept of ‘Plant Layout’ applies to these heavy industries as machines or robotic arms are arranged in a defined layout that enables work being carried out in a continuous fashion, thereby reducing idle time. Hazardous tasks carried out with the help of robotic technology includes handling radioactive compounds in Nuclear power plants. Researchers in space stations over the years have been trying to discover new elements in outer space with the help of unmanned spacecrafts, which includes robotic technology.

Financial institutions like banks and share trading agencies utilize software applications to manage accounts and user data in a hassle free manner. These software not only assist in managing infinite amount of data, but predicts market performance based on inputs provided. Prediction level of these applications have much more accuracy than that of a human.

Intelligence system in Airplanes are used to determine the altitude and atmospheric conditions based on which decisions of landing & take-offs are taken by the pilot. Similarly, a fighter plane uses intelligence system to track down disturbances and other air-crafts. Autopilot technology used today allows the pilot to sit back whereas a plane flies itself to the destination set by the pilot. ‘Neural technology’ used by Aviation industry assists them in predicting the weather pattern according to which flights are planned.

Robotic technology is being implemented to prepare robots who are able to track and deactivate bombs. Unmanned bombers are still being tested by nations to be deployed in emergency situations.

Recent developments in the field of modern science has inspired many to believe that one day machines will eventually free humans from the drudgery of hardship. It is this inspiration of mankind that has lead to the creation of movies and novels depicting robots similar to human in appearance, but much superior in terms of intelligence and efficiency. Growth of technology right now has made this concept seem much realistic to some, which is why some of the great technical minds that we have today, dedicated their lives in preparing next generation technology. A technology that would replace humans in industries and later on evolve themselves to think like a human being.

These efforts seem to be moving towards nowhere, which is why we often have debate on ‘how intelligent can machines actually be?’. In order for a machine to be intelligent it will have to replicate all the essential elements of human intelligence and this includes human understanding, insight, logic, knowledge, instincts, perception, common sense and reason. To include all these elements in a machine would be like creating another life form, which will make humans equivalent to a ‘God’.

Another question that has often raised doubts in a researcher’s mind is ‘Can man create a machine much intelligent than he is?’. If you wish to know what traditional philosophers have to say, then it’s a big NO because they believe that man being the creator will always stand superior to a machine, which is a mere creation. The proposition that supported their belief was that humans have original intent whereas a machine can only acquire something that is derived from humans that is a derived intent.

Taking a look at the present scenario, machines seem perfect in doing routine jobs at a much better speed than of a average being but when it comes to tasks that require intelligence, machines seem to be inept. I was totally awestruck by these massive robots in the movie ‘Transformers’ but in real scenario if these kind of machines are built, then it would take a power house itself to make them move. Today’s technology is not capable enough to build such massive robots that can move from one place to other easily, which is why their intelligence level is still in jeopardy.

This is the part where theories of great researchers comes in because future implications of Artificial Intelligence and Robotic technology is not limited to a single field. The theory of ‘Technological Singularity’ as I mentioned earlier predicts the rise of machines to a level, much higher than that of a normal human being. It also includes creation of something similar to a machine with super human intelligence, which many have criticized too. This is also the part where most of the things contradict against each other because the pace at which we are evolving is never enough to reach such a feat in near future. The second thing that most of you will agree with me on is the unpredictable nature of our future world. I mean is it necessary that we will have machines who will build much better machines or a robot who can think and perform without the need of human instructions? Well, only time will be able to tell that!