Having New Year’s resolutions is one of the long-standing traditions people practice world-wide. The idea behind this is simple: a new year is beginning and the old year has just ended, so it’s a great time to start fresh. Many people use this as an opportunity to lose weight and strive towards something they’ve never done before. Others, in the meantime, see this as a chance to adopt new, BETTER habits that can improve their lives. So given all this, why shouldn’t we have social media New Year’s resolutions? 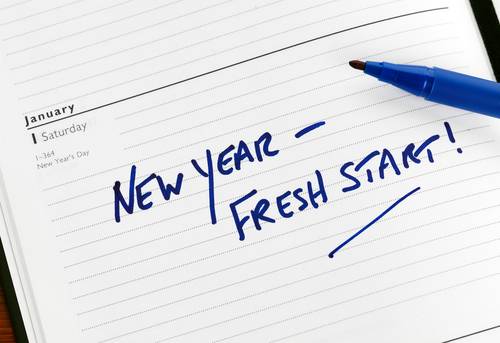 Let’s get something clear right now: despite what people think, social media use is a matter of habit among people. It doesn’t matter if you’re using social media for personal interaction or for product promotions – sooner or later, you’ll develop habits that can either be helpful or hurtful to your reputation. If your social media practices are decidedly damaging to either your business or to you as a person, then it’s probably time for you to make some changes. And there’s no better time than the beginning of the year, when people are most open to adjustments. The trick is to stick with it.

Not sure what your 2013 social media New Year’s resolutions should be? Here are a few ideas.

Plan your posts, within reason

If you’re using your social media accounts to help promote your authority or your company, then you’re expected to make plans for your posts, Tweets, and the like. More often than not, this also involves scheduling which post goes live when – some blog management systems and social media tools allow you to do this with a measure of automation. The purpose of this, of course, is to solidify branding themes and make social media management more efficient.

But this doesn’t mean that you shouldn’t deviate from that plan on occasion. Sometimes, you need to break away from a strategy to address more urgent issues brought up in your networks. As such, you need to make sure that your social media setup is flexible enough to adapt to situations without being so malleable that it confuses your connections. It’s a delicate balance.

With all the tools you can use to access and post on social media, it’s become ridiculously easy to spam people. While you can basically have some measure of control over the protocols of email or advanced VoIP services, both of which we have all gotten used to by now, social media is still largely “undisciplined” because it’s so new to so many people. A person can get way too excited over social media use, which prompts him to post status messages far too often in his eagerness to get his name out there. It probably doesn’t help that we’re all told to reply to every single message we get, or thank every single person who adds us to his network.

The key here, of course, is temperance and discernment. As awesome as social media is, you also need to think about whether or not your message would be appreciated right at that moment. You can’t really predict the mood of people, but posting and replying less often diminishes the chances of you becoming an irritant to people.

These may sound like common sense tips, but it’s amazing how many people still fail to practice these – it’s why these are the promises that we must all resolve to keep this coming New Year. Do you have any 2013 social media New Year’s resolutions you want people to take up?

Kathryn used to work in advertising, but is now working as a freelance writer. She tends to write about business and communication. She’s married, has two sons, and several pets.