In the land of mobile there are few kings, and that is the way mobile giants like Apple and Google (android) like it. Though this may be true to some extent not one is perfect and this includes Apple’s iOS6 with Siri in-tow. 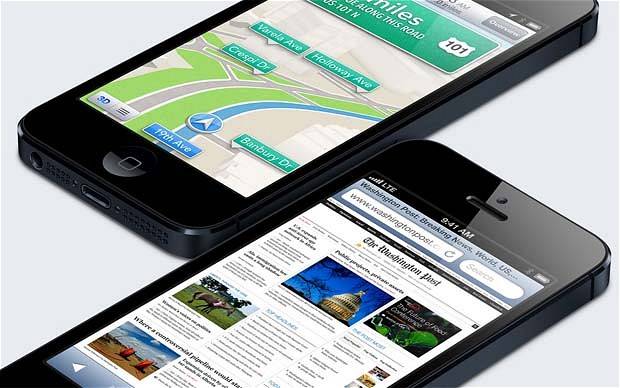 It is now well know that Apple has made the jump to kick Google to the curb, but this seems to have been a mistake and the few features that users get for an upgrade to the iOS6 platform may not be worth the upgrade until Apple does some major bug fixes.

Behind the iOS6; In All Its Glory

Apple was going to take the world by storm with the release of its new mobile OS, iOS6. This seems to have come too soon, but it does have some features that may be worth checking out if you want to dump a reliable map system, YouTube and all things Google.

The iOS6 has Facebook at every turn, FaceTime on 3G, and even new improved Siri. It does not stop at those features; they have also added a new messaging system that allows you to send quick messages to calls that you cannot answer. This also includes a “Do not disturb” feature.

There are many other features that users are thrilled with. One of those is Siri; which is more capable than ever before. With the new maps apps Siri can give you turn by turn directions. Some of the other features include the passbook wallet like app that you can store passes, plane tickets, and other cards or things that you usually fill your wallet with. Apple has made some pretty impressive feats in a short period of time with the development of their maps and navigation, but completely abandoning all things Google may not have come at the right time to do so.

Apple has made it clear with the release of its iOS6; that they want to put distance between them and Google. This is something that may have been a mistake or have come too soon. The maps and navigation that is one of the biggest features on the new OS; is full of problems and glitches that have had the Internet blogs hot with mistakes and error in Apple’s new app system. The maps system is missing full cities as well as data on many different locations. The graphics of the maps are often distorted and impossible to make out. The maps were supposed to be one of the biggest features of iOS6 and have so far failed to be the perfect replacement for Google maps and Navigation. These problems Apple intends to fix, but it may be too late.

The problems that Apple has come to with the iOS6 are more than maps problems. There is Facebook integration throughout the OS and little of no integration of anything Google. This is something that was intentional to get away from Google, but at the cost of Apple users. It means the end to YouTube integration and other services as well. Users can still download apps, but gone is the integration.

One thought on “Why iOS6 May Have Made a Few Stumbles”