For those who are not using WhatsApp, here is what this application is all about. WhatsApp is primarily a messaging service utility to be precise. WhatsApp has been recently updated and is available for download and can be used in mobile phones running on Windows Phone 8 as well as on other commonly used operating systems. In short it can also function as an instant mailing service that has found wide usage in the mobile phone market. 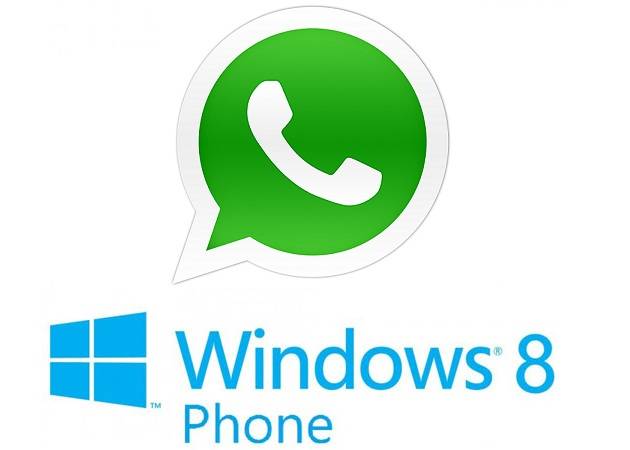 There isn’t any extra cost to its usage, because it uses your phone’s internet connectivity to operate. The latest version can be downloaded and installed, and is also free for use during the first 12 months. After this initial free period, you may however have to pay $0.99 to continue using WhatsApp.

One of the biggest benefits of WhatsApp is that it can find other WhatsApp users from within your contact details of your smartphone and add them to the built-in phone book. Although the app has many desirable features, what it lacks is the emoticons for which this app had become so famous. It also lacks the 6 times faster speed that was once promised by the developer during the initial release time. Apart from the speed that was promised, the updated versions don’t seem to have the emoji that was supposed to have come along in the app.

In the meanwhile it has been reported that there is 40% jump in the number of apps that have been developed for the Windows Phone 8. And it has also been reported that the Redmond giant, Microsoft is keeping its doors open for registering newer apps aimed at the WP8 until January of 2013. Typically Microsoft takes about 5 days to test a newly developed app before it is certified fit for use with its Windows Phone 8 operating system for mobile devices.

The latest update for Windows Phone 8 had come after users and testers had found many bugs in the system, and it also includes some features that have been included as an afterthought. In view of the very proactive attitude that Microsoft is taking we should be able to see more improvements and additional apps coming up in 2013. Microsoft has also taken note of many complaints that are pouring with regard to comparison with other operating systems like iOS and Android.

As with most apps, you may have many questions about using WhatsApp on your phone. For a comprehensive list of issues you may have regarding the use of this, you can visit http://www.whatsapp.com/faq/en/general and find the answer for yourself. By visiting the site you can find out if your device has support for this app, and a full user guide giving you step by step instructions on using it effectively.

What is so likeable about WhatsApp is the security feature, notably the encryption that they use while messages are being transferred over the network. Another important point is that WhatsApp does not store user’s messages once delivery is accomplished; giving you all that sense of security you have always wanted in mobile phones.