A substantial amount of media coverage is often granted to the latest and greatest gadgets on the market, and with good reason. Overnight lines and massive amounts of pre-orders are not at all uncommon when major companies release their newest technologies. There is always a considerable amount of buzz over the latest smartphone or the next generation Hi-Def TV. 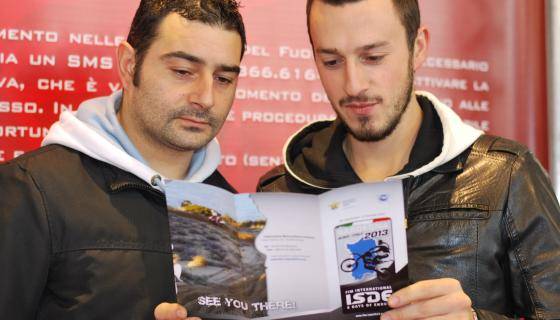 Since there’s no indication that the momentum will stop anytime soon, below are various “smart toys” that will undoubtedly take the population by storm in 2013.

Apple has been on an incredible winning streak of late, and rumors have been swirling about the new Apple TV for some time now. The consensus seems to be that 2013 is the likely year. Apple has not offered very many details about their product yet, but according to much speculation, the massively popular multi-billion dollar tech company has been crafting a fifty-inch screen gem, and is reportedly in negotiations with major television component suppliers.

Other bits of inquiry into some features include Siri interaction, DVR in the cloud technology, the ability to run apps and games and third-party device compatibility.

Many self-described “tech geeks” own and operate a multitude of devices, including smartphones; tablets; laptops and digital cameras. This requires a whole lot of processing power and storage capacity broken up and spread across different gadgets individually.  Imagine if the power of those devices were combined into a single package. This is the idea behind Fujitsu Lifebook, which provides slots for the smartphone, tablet and digital camera and enables them to combine forces to work as one super device.

Many who think of infrared night vision might make instant connections to the military, police helicopters or high-tech surveillance. While this technology has been introduced on high-end luxury vehicles, thanks to FLIP’s PathFindIR, it is now available for any auto, vehicle or motorcycle.

This compact thermal imaging device, introduced by FLIR Systems Inc., enables drivers to monitor, detect and recognize pedestrians, animals or potentially hazardous objects on or near the road in complete darkness or through rain, snow, fog and even smoke. Installation is customizable, and with 320X340 resolution, 36-degree field of view and 300m visual range, users can tweak the settings within a spectrum of options.

2013 will be the premiere of the first professional SLR digital camera from Canon in more than a decade (ever since the EOS-D2000 was released). With a mixture of speed, image quality and accuracy, the EOS-1D can handle high-speed situations with ease and is the ideal choice for those tight action shots. It has a new improved algorithm with some of the anticipated features that include:

When you add the incredible 100-12,800 ISO range (as high as 102,400 in set mode H3) and a progressive noise reduction feature that ensures crisp, sharp and reduced noise images (in spite of bad lighting situations) it is no wonder Cannon’s newest camera is one of the most anticipated gadgets in 2013.

Even though much information about the features is being kept from the public, details that have recently leaked hint that a “magic remote” type qwerty will give users in-depth control. Users will also be able to multi-task and keep up-to-date with both social networking sites and TV with split-screen technological innovation.