Illegal downloads are a growing problem – in the U.S. and worldwide. Many people download music, books, games and movies via the internet so they can have them quickly and to avoid paying for them outright. 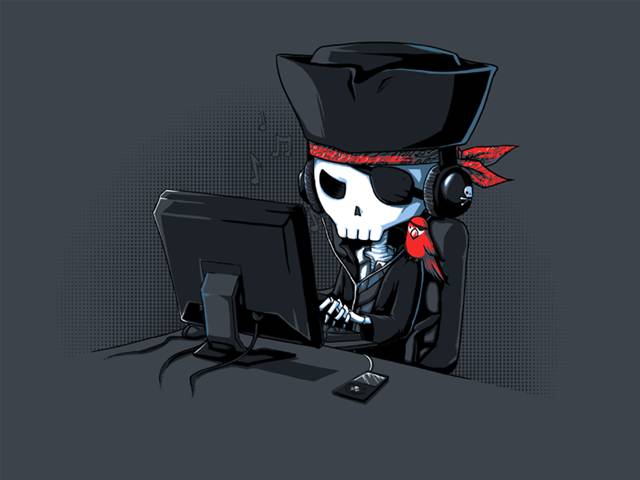 However, there is a downside to doing so: it affects the economy and makes computer susceptible to viruses and spyware.

Most people work to make a living. Some people are fortunate enough to be able to create and perform music, movies, books and other items and selling these items to a willing public. However, when people illegally download those same items from the internet, the creators and performers don’t get the money they should have earned. In addition, the publishers of those items also don’t get the money they need to pay for the distribution of those items and the equipment and staff they need to produce them.

How they catch you

Many people don’t care about that, saying, “CDs and DVDs cost too much. Why should I pay when I can get it for free?”  But still, you can be caught in one of two ways:

If they get a court order, internet service providers may have to give a record company a list of their customers and their recent internet activity.  By looking at that activity, the record companies can find out who has downloaded a massive amount of products. (Because so many people download music and other materials off the internet, it is unlikely someone will be confronted about just one or two songs.)

Another way illegal downloads are discovered occurs when someone uses peer-to-peer file sharing software. Some of that software includes “phantom” results. When the user clicks on a phantom link, his or her IP address and location is given to the user at the other end of it, so that user can see what is being sought and downloaded. Note: this information can’t be used in a criminal court because it can be considered entrapment. However, someone discovered illegally downloading items can be subject to a hefty fine in a civil court.

What happens when they catch you

Fines are the main penalty for those caught illegally downloading files. The Recording Industry Association of America is actively tracking those who share files.  If a copyright holder who discovers someone is infringing on those rights, he or she contacts RIAA, who investigates the matter. Once the RIAA has credible evidence (such as ISP records), it can sue the illegal downloader.

The RIAA has set massive fines for illegal downloads, mainly to discourage the practice. Here are four well-known stories of download convictions.

In 2007, Jammie Thomas-Rassett, a mother of four in Minnesota, was found guilty of downloading and sharing 24 songs via the Kazaa file sharing system. She was originally subject to a fine of $220,000 ($9,250 per song), based on a statute pushed into law by the Recording Industry Association of America (RIAA). The case was given a retrial but her fine was increased to $1.9 million ($80,000). Subsequent appeals and negotiations resulted in the original $220,000 find to stand. She has appealed the matter to the U.S. Supreme Court.

In 2007, Massachusetts teenager Joel Tenenbaum received a letter from Sony Corp., demanding $5,250 US for downloading seven songs from Napster and Kazaa. While he countered with an offer of $500, the offer was refused at the matter when to court. In August 2012, a Massachusetts court refused Tenenbaum’s request for a retrial, thereby confirming that he must pay $675,000 ($22,500 per song)  US in fines for the 30 songs he downloaded off the Kazaa.com website. The case was particularly notable for its length and for the fact that Tenenbaum acted as his own attorney in the case, which many opined was a bad move on his part, according to TheRegister.co.uk, the website for a British newspaper.

In May 2011, a federal judge allowed the U.S. Copyright Group to subpoena ISPs in order to identify 23,000 people who illegally downloaded the movie, “The Expendables” starring Sylvester Stallone via BitTorrent. Those subscribers were subsequently notified their accounts were being turned over to the Copyright Group, The U.S. Copyright Act provides for fines of up to $150,000 for each infringement.

Brianna LaHara – and 260 others

In 2003, the Recording Industry of America has also informed 260 users of Kazaa that they are being sued for copyright infringement – including 12-year-old Brianna LaHara of New York, who thought it was okay to download music via the file sharing service paid for by her mother. RIAA later settled with the family of the honor student for $2,000.

No matter how common it is, illegal downloads are still considered as copyright infringement. Is downloading that B-movie or hit song really worth thousands of dollars of fines? Do not worry about lost or incomplete transfer again when using this as your mode of large file sharing. You can use  ShareFile by Citrix  to share large files through internet.

Sonali is an experience writer and has been writing on different topics like education, SEO, technology and more.