More than five years ago, tech critics called the iPhone the “Jesus Phone” and predicted that one day, just like Jesus Christ, the iPhone would change the course of the tech industry where there would be a Before iPhone (B.I.) era and After iPhone (A.I.) era. Some tech experts even predicted (and this was in 2007) that big electronics companies like Microsoft, Dell, HP, Intel and IBM would be scrambling to create their own smartphones of the future. 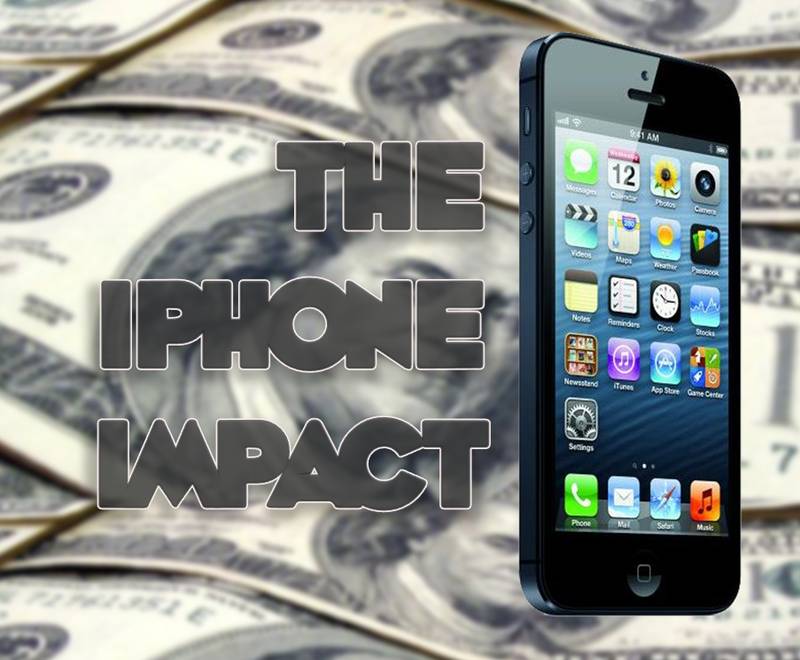 This came true with Microsoft; Google followed suit. For Apple, these predictions may have been a simplification of what they achieved in the span of five years.

Today, the Cupertino-based iPhone maker has not only changed the course for a lot of companies in the tech industry, it has also changed the U.S. economy. Just recently, Forbes published a report on the iPhone 5 and described it as the “key driver for U.S. economy.” Less than a month after the official release of the sixth generation Jesus Phone into the U.S. markets, the iPhone is driving the country’s GDP to greater, possibly better, heights.

New information gathered from the Commerce Department showed that the overall retail spending of Americans in the previous month grew by 1.1%. The sales spikes experienced in the past two months illustrates how retail sales are getting better and how people are becoming better consumers. With better consumer spending, the country will be getting a 70% boost in economic activity.

And what do people actually buy these days? Recent data showed the biggest factor that boosted retail sales in the past month are electronics and appliances which grew by 4.5% to more than $7 billion. The economic swell was highly attributed to the iPhone 5’s successful opening weekend in the tech market where it sold 5 million units in just three days. Consumer spending on electronics has helped increase the retail sales by 0.1%. Though the percentage may seem small by hindsight, financial experts agree that Apple has successfully created an iPhone that made people want to spend more.

Apart from Apple, various financial institutions are also optimistic about the country’s economic progress as of late. With unemployment rates going down (at 7.8% last month), people are feeling wealthier and are also spending more. A survey from the University of Michigan showed that consumers are more confident in spending on items like iPhones and houses with consumer sentiment level rising to 83.1 for this month, a big difference to last month’s 78.3 reading. This was also reportedly the highest reading since the beginning of the Great Recession in 2007.

Because if this, economists are also reexamining their GDP estimates for the third financial quarter. Macroeconomic Advisers raised its Q3 predictions to a 2% increase from the previously published 1.6%. Capital Economics also went with 2% from its previous 1.5% estimate.

JPMorgan Chase, meanwhile, sticks to its prediction that the iPhone 5 will be able to increase the country’s GDP by 0.3% while Capital Economics says they expect a 0.1 to 0.2% bump in GDP from Apple’s popular smartphone.