Android apps must be on the cutting edge. They must be simple but sophisticated, innovative and accessible to catch on.  As the apps go, so do their creators. To develop cutting-edge apps in the hyper-competitive Android app market, app developers need cutting-edge tools. 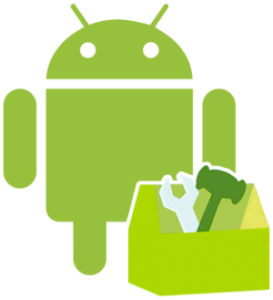 Below is a list of some tools Android app developers can’t live without.

Most users don’t need the RAM or processing power that come with notebooks like the Lenovo T-series or the ASUS Zenbook series.

You’re not most laptop users.

No matter what program you’re coding with, a large proportion of your CPU will be used. You might want to have multiple projects running at once. As an app developer, you don’t want to worry about your computer freezing or crashing while you work. Without a powerful laptop, the process of writing apps will become extremely frustrating and may result in a substandard product.

BlueStacks App Player lets you test any of over 750,000 apps on your laptop, so you can see how the industry’s leading apps translate to notebook use.

You won’t be coding on tablets; you’ll be coding for tablets. If you don’t understand the device you’re writing apps for, your apps will be difficult to use—if they work at all. Affordable options, like the Google Nexus 7, will suffice.

If you don’t know how to write code, then AppMakr makes it possible for you to write apps with its revolutionary and high-profile app-making platform.

Among app users, tablets are popular. So are smartphones. In fact, a Flurry Analytics study shows that app usage is pretty much even among tablet and smartphone users. To satisfy your customer base, you must be able to put yourself in their shoes, and that means understanding the devices they’ll use your apps on.

No, it’s not an Android device. That’s why you need it. BlackBerry 10, which The Huffington Post reports will be released on January 30, will contain a player that allows its users access to the Android app market and afford them the ability to use the apps on their BlackBerry devices.

Your apps need to run perfectly on BlackBerry devices, too, since many of your customers will be using the PlayBook or a smartphone that runs BlackBerry 10.

The Android Software Development Kit is a software program that includes the rudimentary elements necessary to any Android app developer’s tool belt.

People will be participating in m-commerce when they purchase your apps from their tablets or smartphones. MobiCart gives you a place to sell your apps and manage your application “storefront.”

Like AppMakr, MyAppBuilder requires no code writing to create an app. But with MyAppBuilder, you don’t need to write anything at all. Just plug in what you want as far as content and performance, and the platform will do the rest.

The Android app community is one of the largest, most advanced online communities in the world. It’s a marketplace, a social network and a competitive arena wrapped into one. Respect is won and lost on the forums and blogs updated and checked by the world’s leading developers.