Among the many factors that Google considers when ranking sites for organic searches, are the links to the pages of the site. The more organic the links are, the higher the ranking it will get. Over the years, sites found ways to evade the tough ranking recommendations to achieve higher Google search rankings anyway. When that plot was discovered, Google came up with a mechanism to capture such sites using a filter they called Penguin. 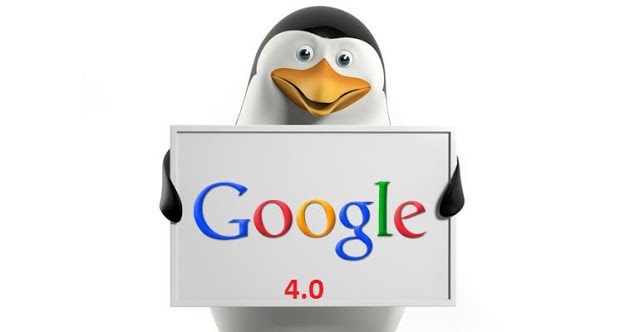 Penguin was launched back in 2012 with the sole aim of capturing and penalizing the sites that were considered spam. Over the years, since 2012, there has been four main updates to the Google’s Penguin algorithm and Penguin 4.0 is the latest and last of its kind. This is according to the official statement released by Google on the day the new update was released, 23rd September, 2016.

Why is this update the last? In the past, the other Penguin updates have been operating on a periodic basis. To shine some light into what periods mean, once the filtration was done on sites and the sites found to be spammy, punitive actions would be imposed to the sites. The sites would then regain ranking despite efforts to improve and undertake corrective measures, not until the release of another update by Google.

The new Penguin 4.0 comes with important improvements. The filtration of the sites will be done in real time rather than periodically. The results will be more instantly. As such, there will be no need for another update from Google and due to that fact, the latest update of Penguin – Penguin 4.0, is the last of its kind. The restoration to ranking of the sites will be much faster and in real time.

Some of the sites that have been categorized as spam have been using inorganic links acquired from link networks to improve their ranking of the search results. The statement from Google continues to explain that the new update is now officially included in the Core algorithm used by Google to rank sites for organic search results.

In the past, Penguin has been taking action on the whole site once the site was considered spam. However, according to Google, the latest release of the algorithm will be more detailed in the filtration including the pages, folders and even domains. The resulting effect will be on the specific page or folder rather than the whole site.

To counter this specific feature, it will require much deeper research on the main topics in the website using the Competitive Link detox tool. This will be crucially important during search engine optimization since the diagnosis of the easily detected simple Penguin penalties will be more difficult. The range of the risk of penalization has been made wide due to the fine filtration. Put in simpler terms, one page of a site could rank differently from another page of the same site in the search results.

Looking back into history since the launch of Penguin filtering algorithm, the following are the exact release dates of the updates:

The new update by Google is however not live yet. Despite the information on the web, Google has not confirmed that the update is live. This is not expected to take longer than a couple weeks before we see the effect of the new Penguin 4.0 on the sites search engine optimization. Google has also not confirmed the impact the new update has had on queries since the update is in real time.

This article is contributed by Marcus Harrington has been associated with online marketing since he graduated in Marketing from the University of Washington in the beginning of the millennium. A prolific writer, he has penned several books on online marketing.