Google has tasted success in the mobile front but one place where it still needs to prove its dominance is the television platform. And in the quest to bring the best TV experience to users, Google is bringing forth Android TV. 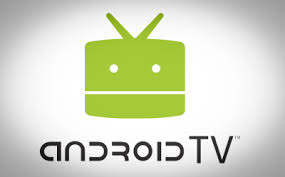 Android TV is not the first attempt that Google made to combine the best of both web as well as TV; in October 2010 a TV platform from Google named Google TV was launched aimed at bringing the goodness of the web into the TV sets. However, Google TV didn’t tasted much success.

Google later introduced two hardware products last year – Nexus Q and the Chromecast. The Nexus Q streaming device needed another screen device as a remote control, and could only play content accessed from the Google Play Store, and was discontinued by Google. In contrast, Chromecast achieved success in streaming content successfully to a TV screen. However you may find only a few apps that supports Chromecast.

Android TV will be mirror your Android powered device screen to your television sets. This TV platform will let you play Android games and access all your Android apps on your big screen TV. With this new platform, Google is aiming at bringing optimum Internet and Android phone experience to your living room.

But we’ll have to wait to know whether the Google’s new I/O – Android TV will help the technology giant bring the desired innovation in the television experience or not. However, there are few things that you should know about Android TV, such as:

Android TV the new Google I/O is a platform that will be running on smart TVs developed by Sony, Sharp and TPVision. It will also run on set-top boxes. The platform will basically focus on rendering online media services and Android gaming experience.

Google with Android TV is looking at drawing attention of the gamers. As Google supports playing games on Android TV, it will give gamer lovers a chance to enjoy enthralling game experience of their favorite mobile games on the big screen. Android could give competition to Amazon’s Fire TV and Roku 3 offering gaming functionality.

With Android TV voice search capability, you can find a TV show, any music video from YouTube etc. streaming right into their TV sets. Moreover, this platform will leverage the Google Search capability that will help you find things from streaming services such as Netflix. You won’t only be able to look for titles, genre but rather will be able to conduct specific searches.

With Android TV you’ll be able to view different kinds of content right from live TV shows, to flicks, to YouTube videos, to apps and Android games. This smart TV platform will feature a universal search bar from which you can search for any term by typing or rather carry out a voice search. The features seems to be inspired from Amazon’s Fire TV which search for video content using voice searching.

With Android TV, Google is expecting to bring best web experience integrated to smart TV platforms, just like Amazon’s Fire TV and Apple TV have tried to do using their set top boxes. But what exactly we’re going to get from the new Google I/O will be proved once Android TV is released. However, if you plan on getting a rough idea of the offerings of Google new platform then I’ll recommend you to run through the above discussed aspects of Android TV. I hope now you’ll have a good idea about Android TV and what it will deliver to you.