The world’s going digital. There are now more screens than ever before – ten times the number there were in the year 2000. 94% of teenagers in the UK own a mobile phone and 63% of their daily communication is done through texting. Schools are pushing to go ‘paperless,’ and e-mail has almost brought about the collapse of the postal sector. So is there any more need for printers? 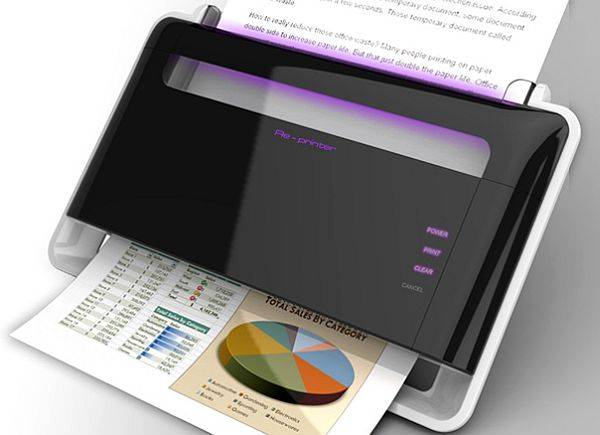 This article aims to answer: yes, there will always be a future for printers – but they may change as we know them. In this article we’ll look at the unique virtues of the printed document, and the possible evolution for printers.

Why are we so paper crazy?

Paper is ubiquitous. That means it’s all around us – and it’s always the same. As the digital market grows, paper-alternatives (like sketching applications, or notebook apps) are becoming increasingly fragmented and diverse. While this offers a range of choice for the user, it’s a barrier to society going paperless. Imagine turning up at a gig and being offered the programme – “oh, I’m sorry sir, we don’t support that format”. There isn’t likely to be a standard for digital paper around for a while – the patent disputes between the major corporations leading the way have served to emphasise that.

Paper, on the other hand, is ubiquitous. It’s convenient. We know that, at whatever age, we’ll be able to do something useful with it. Books may be going e-Ink and restaurant menus may be going iBook – but there’s nothing like the all-round facility of paper.

Printers are the future

So what’s going on in the future for printers? They’ve come a long way – from inkjet printers up to colour laser printers, wired printers to wireless printers – so where are they going in the future? Three directions. First, there will be a move to high-definition printers for extreme detail (mimicking the pixel race spearheaded by Apple in the digital display arena) and rapid printing. In effect, the printer we know and love today will stick around for a while, gradually being refined. Second, into 3D printing – we’ll look at that next. Third, in to printing digital displays – we’ll come to that at the end.

So what’s 3D printing? It’s exactly what it sounds like, and on the marketplace today. Prices are tumbling fast, too, and lots of companies want a slice of the pie. From crude 3D models a few inches high to larger-scale fine details: 3D printing looks to be the Next Big Thing in the Personal Computing industry. And it deserves to be – it’s awesome. Take a spindle, some plastic and a tiny bit of 3D modeling know-how (surely coming in a consumer package near you) and you can ‘print’ virtually any 3-dimensional object. Even in colours. From toys to prototypes to novel cards: 3D printing looks set to take the world by storm.

But even more exciting is flexible digital display technology – already being unveiled by Sony and Samsung. This (http://www.microsoft.com/office/vision/) video by Microsoft epitomises the feature – fancy rolling up your paper-thin iPad 4? No problem. Need a bigger canvas to sketch a digital picture on? Just print a digital one. I remember seeing this technology for the first time in a lab at the University of Sheffield 6 years back – printing pixels like ink – and was astounded. Harry Potter’s moving photos may not be so distant, after all.

So printers will be around for a while. While none of this will come about for a little while, it’s exciting nonetheless. In the meantime, the big printer companies will be making great printers that push these futuristic boundaries every day.

5 thoughts on “Printers: Do They Have a Place in the Future?”