Many of us have the good old USB stick; a great invention which has revolutionised the storage and transfer of electronic data. The explosion in the popularity of digital cameras spawned the emergence of memory cards and now we have so many varieties, it’s hard to keep up. 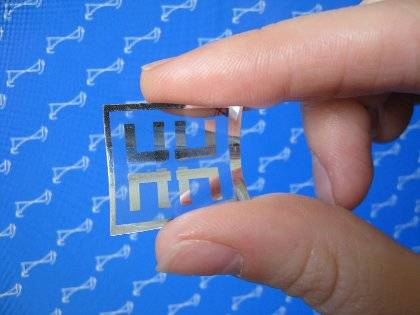 But there is a similar problem lurking in the background of these “flash” solid-state memory technologies; we are reaching the limits of what we can do with them in terms of increasing the storage density and they are also relatively high power consumers and not as fast as we would like.

A memristor was dreamt up in the early 70’s and was one of those ideas best left to science fiction. A combination of the words memory and resistor, they are electrical components that change their resistance depending on how much current has passed through them. The key is that they “remember” that value even after power is turned off. They have long been thought of to carry out calculations, but the attention has shifted somewhat towards memory application over the past few years, to replace “flash” solid state memory devices.

In 2008, the first prototype was unveiled, leading to a significant burst in interest in the technology. But they have not been developed in a way that can be harnessed by manufacturers—until now that is.

British, French and Spanish researchers have revealed details of a workable resistor, promising to help manufacturers develop a fundamentally different kind of memory chip; a memristor that can be used on a mass scale enabling computing to operate much faster and with denser memory. Researchers at the European Materials Research Society meeting now say they can be made much more cheaply too, using current semiconductor techniques.

Hewlett-Packard, manufacturers of everything from the all in one printer to the calculator, first demonstrated a working memristor and already has plans to bring early memristor designs to the market. Current designs use expensive and complex materials, but the key is making them compatible with existing semiconductor technology, basically based on silicon. That would make their integration into existing manufacturing techniques cheap and easy.

The joint European team were working on silicon devices for LEDs when they accidently discovered that films of silicon oxide that had formed on their devices behaved as memristors. Subsequent studies of this discovery were published in the Journal of Applied Physics. They found that their devices appear to significantly outperform existing solid-state “flash” memory.

The team have described that the energy required to switch the state of their devices, and store or retrieve information, is just a hundredth of that in existing flash memory. Furthermore, “Flash memory devices switch at 10,000 nanoseconds (billionths of a second) or so, and in our device we can’t measure how fast it is,” said researcher Dr Kenyon. He added “Our equipment only goes down to 90 nanoseconds. It’s as least as fast as that and probably faster.”

Although the team’s idea falls short of the other more complex and better developed memristors, Dr Kenyon is hopeful the cheap and simple nature of their devices will make them attractive for the industrial level.

Another memory device revolution on the horizon?